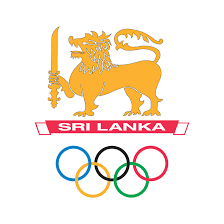 It is reported that the National Olympic Committee (NOC) is once again playing its usual game by unnecessarily an unduly interfering in the selection process for the forthcoming Commonwealth Games.

According to the sources, the NOC authorities are influencing the selection of athletes for the Commonwealth Games, which are scheduled to begin in two months.

Even after selecting Sri Lankan teams for boxing matches, One of the reasons for this is the vicious behavior of the NOC authorities, which has caused a great deal of controversy in the boxing field.

The National Boxing Selection Committee of Sri Lanka selected 5 male and 3 female athletes according to the numbers proposed by the National Olympic Committee itself.

However, in addition to the five players selected in the order of merit, the NOC also requested that the player who is ranked 8th in the selection list be nominated. It is said that the authorities are influencing the boxing selection committee.

According to the funding allocated to the two Sri Lankan boxing teams for this year’s Commonwealth Games, the National Olympic Committee has limited the number of male athletes to only five. But now the NOC is violating that condition by pressuring the National Boxing Selection Committee to send the 8th ranked player on the list and The NOC would like to bear the cost of that player as well.

It was revealed to us that the NOC. The authorities are doing this manner to help the boy friend of a Sri Lankan boxing woman who holds an international position.

The woman, who works for the Sri Lankan security forces, was remanded in connection with the abduction of a journalist on the night of February 2014.

However, when asked about this matter, a member of the National Boxing Selection Committee told us that for the Commonwealth Games A list of eight players (Men’s Under 51 kg, Under 54, Under 57, Under 71, Under 63.5 and including three categories -under 67, Under 81 under 75) was compiled.

The member of the selection committee who further commented us, “as the NOC wanted only five players from the men’s category  so we selected five weight class players who could hold out hope of victory. In our experience, it makes no sense to send our athletes to the Games in the 67, 81 and 75 kg weight classes. Unable to understand such a situation, the NOC Officials are influencing us through the National Selection Committee. We also have a puzzle about the need to send the 8th-ranked male player out of the selected list at their (NOC) own expenses. ” added.

The sources further say that the NOC authorities are intervening in the selection of athletics, archery and gymnastics for upcoming Commonwealth Games.