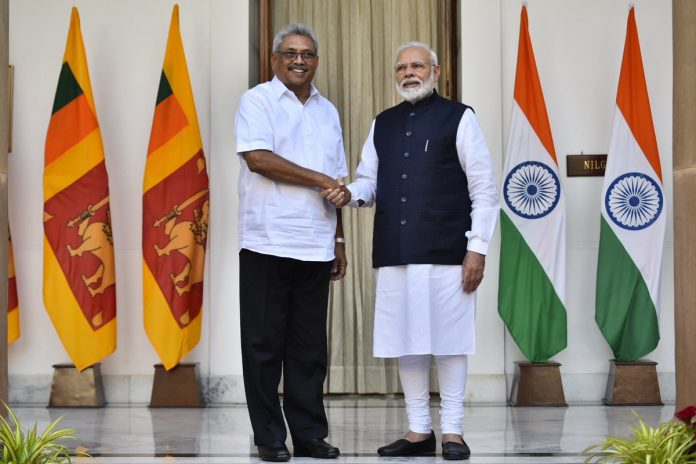 The discussion between the two leaders is taking place at the Hyderabad House in New Delhi, a governmental building used for banquets and meetings for visiting foreign dignitaries.

Earlier today, President Rajapaksa had an audience with the Indian Minister of External Affairs, S. Jaishankar.

President Rajapaksa arrived in New Delhi yesterday (28) on a three-day visit, in his first overseas tour after taking office as the Head of the State of Sri Lanka.

He had accepted the invitation extended by PM Narendra Modi to visit the neighboring country following his presidential election victory.

He is accompanied by Presidential Secretary P.B. Jayasundara Secretary to Foreign Ministry Ravinatha Aryasinha, Secretary to the Treasury S.R. Attygalle and Advisor to President Lalith Weeratunga as well as the President’s personal secretary Sugeeshwara Bandara.