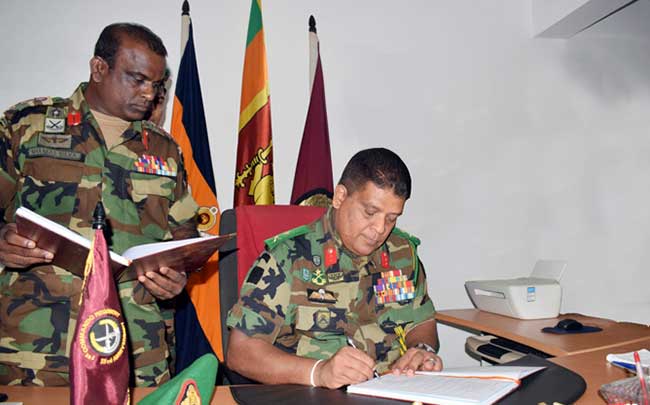 During a simple ceremony at Ganemulla CR Headquarters on Friday (5) amid religious observances, the new Colonel of the Regiment placed his signature for an official document to signify the acceptance of the new office.

He was also invited to add memories by planting a sapling in the compound before he addressed the troops as a formality on such occasions, the army said.

On his arrival at the premises, a Guard Turnout greeted the new Colonel of the Regiment after he was received by the Brigadier Priyantha Senarathne together with Centre Commandant and a host of Senior Officers in the CR.

His predecessor, Major General Ralph Nugera who was also the former Commander, Security Forces – Kilinochchi retired from the Army after a distinguished career, leaving room for Major General Shavendra Silva to assume the new office.

Major General Shavendra Silva is also the Colonel of the Regiment, Gajaba Regiment.