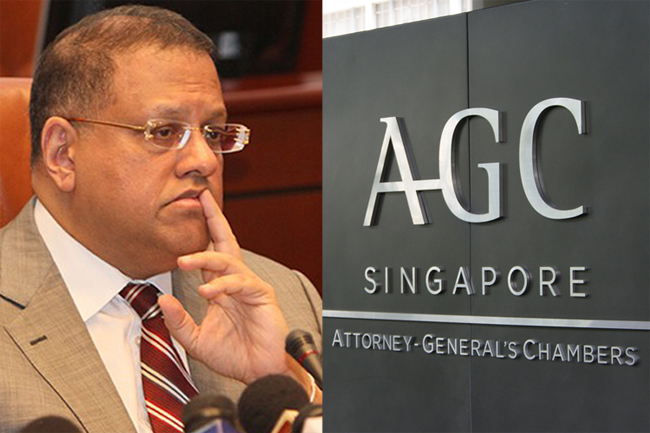 Deputy Solicitor General Parinda Ranasinghe, representing the Attorney General, told the court that the Attorney General’s Department has directed the related documents to the government of Singapore in order to repatriate Mahendran to Sri Lanka under extradition law.

The AGC has informed the Sri Lankan government that these documents are currently under study by the Singaporean authorities and that they require more time to conclude the process.

The 10th defendant in the case, Ajahn Gardiye Punchihewa, who is currently living in Singapore absconding the court, was previously issued summons to appear before the bench. The Deputy Solicitor General, however, informed the court that the summons has not been directed to the defendant, citing a delay in the process.

Considering the presented facts, the three-judge bench ordered to re-issue summons on Punchihewa.
The attorney representing Chairman of Perpetual Treasuries Limited (PTL) Geoffrey Aloysius requested the court to permit his client to travel overseas for medical treatment till the 6th of January.

Accepting the request, the judge bench ordered to temporarily release the PTL chairman’s passport, which is held under the custody of the judiciary, under two personal bails each worth at Rs 2.5 million.

The defence attorneys have sought the judges to grant more time to study the documents handed over by the plaintiffs and to present submissions before the bench.

The case was subsequently scheduled to be taken up again on 31st March 2020.

The Attorney General’s Department stated that the charges against the defendants were presented under the Public Property Act for conspiring to commit criminal misappropriation in respect of Treasury Bonds to the face value of Rs 10.058 billion through the Treasury Bond auction on February 27, 2015.

The first and second defendants of the case, Arjuna Mahendran and Paththinige Samarasiri, were charged for criminal breach of trust in respect of Treasury Bonds to the face value of Rs 10.058 billion and thereby causing a loss to the government in a sum of Rs 688,762,100.