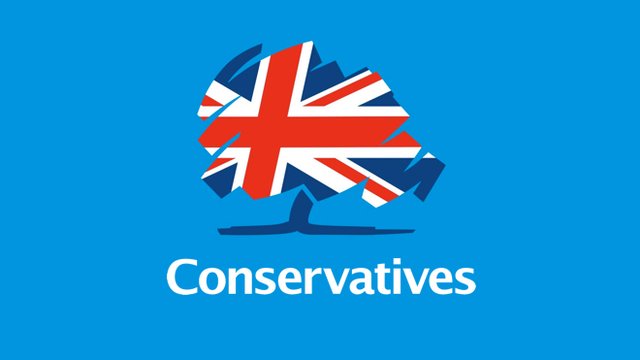 The Ministry of Foreign Affairs today (04) issued a media statement on the clarification made by the UK’s Conservative Party regarding the reference made to Sri Lanka in its election manifesto, which was released in the run-up to the upcoming general election in the United Kingdom.

The reference made to Sri Lanka on page 53 of the policy document of the Tories read: “We will continue to support international initiatives to achieve reconciliation, stability and justice across the world, and in current or former conflict zones such as Cyprus, Sri Lanka and the Middle East, where we maintain our support for a two-state solution.”

Local media had carried reports on the Tories’ policy statement while Parliamentarian Udaya Gammanpila yesterday made remarks with regard to this reference.

The High Commission of Sri Lanka in the UK, in consultation with the Ministry of Foreign Relations, took immediate steps to make strong representation to the Co-Chair of the Conservative Party, The Rt. Hon. James Cleverly, with regard to the distortion contained in the manifesto in its reference to Sri Lanka, the media statement said. This has been conveyed through a letter by Sri Lanka’s High Commissioner in the UK Manisha Gunasekera on 27 November 2019 addressed to the Co-Chair of the Conservative party.

The High Commissioner had affirmed that the reference to Sri Lanka as a country which requires a two-state solution is unacceptable, and has never been the position of any party in the UK. She had reaffirmed that successive British Governments led by all parties have always supported peace and reconciliation in a united Sri Lanka.

The High Commissioner, therefore, requested that the paragraph be suitably amended to accurately reflect the Conservative party position on Sri Lanka.

The Foreign Ministry says that subsequent to representation by the High Commissioner through the above submission as well as through outreach to senior representatives of the Conservative party, the Deputy Chair of the Conservative Party Paul Scully issued the following clarification on the subject to the High Commissioner by his email communication of 27 November 2019:

“The party’s position regarding Sri Lanka has not changed… To be absolutely clear, the two-state line in the section was intended to refer only to the Israel-Palestine situation in the Middle East (as is stated policy). The commitments to Sri Lanka and Cyprus were simply about continuing existing efforts to support peace and reconciliation in divided societies.”

The above position has also been reiterated by The Rt. Hon. Theresa Villiers, Secretary of State for Environment, Food and Rural Affairs of the UK through her public post on Facebook on the 30th of November where she has further added the following:

“The subsequent reference to a two-state solution refers to the Middle East, NOT to Cyprus or Sri Lanka. I have been in contact with Foreign Secretary, Dominic Raab, and he has confirmed this.”

“There is no Conservative manifesto commitment relating to the makeup of governance of Sri Lanka. … two-state relate only to Middle East.” 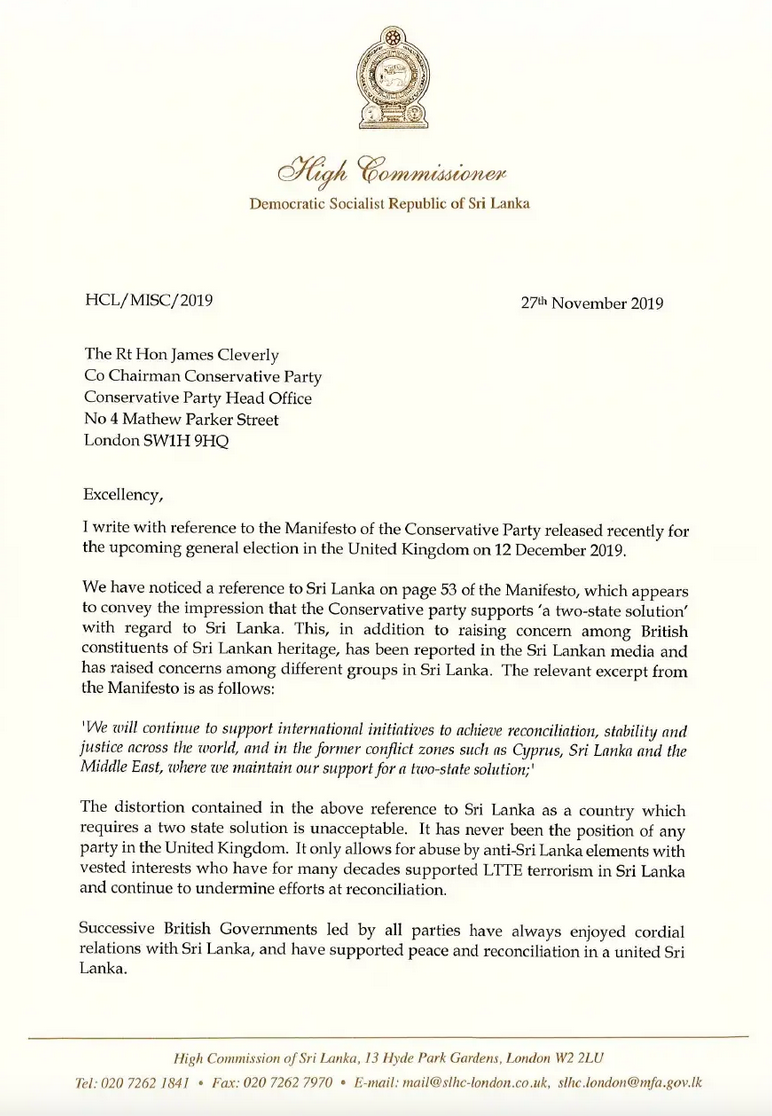 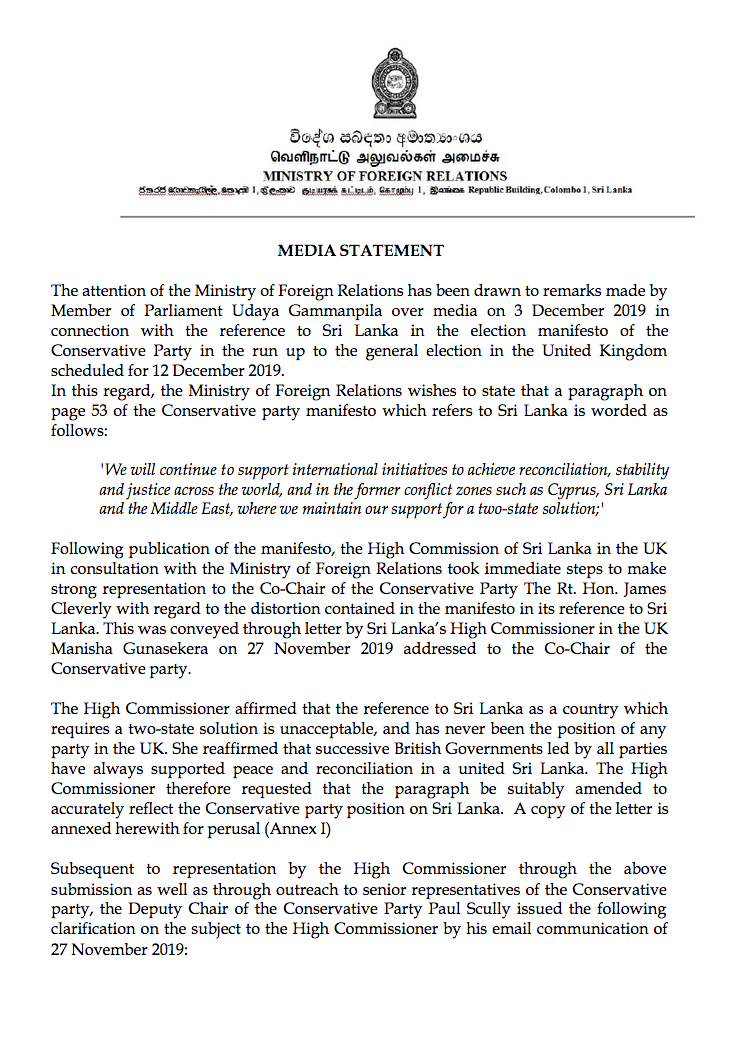 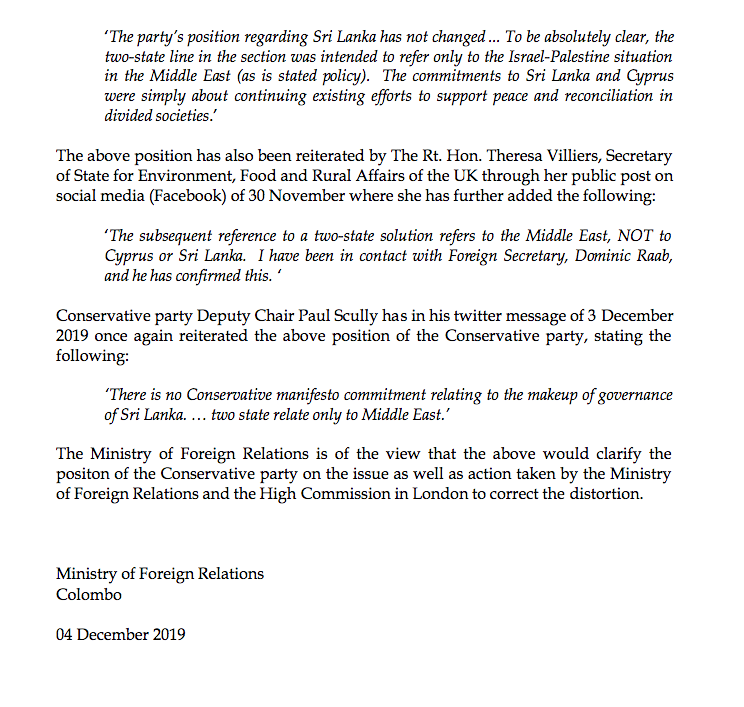