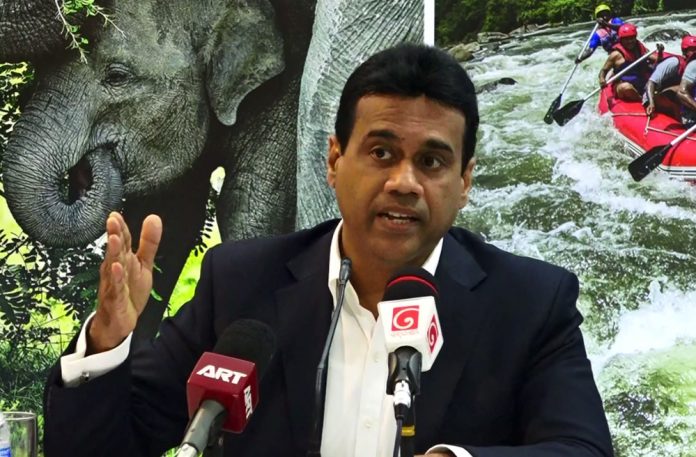 Sri Lanka Tourism Promotion Bureau yesterday (23) revealed that there are plans to launch a promotional campaign on a selected German TV channel within the next two months.

SLTPB Chairman Kishu Gomes said that this will be a great opportunity to promote Sri Lanka tourism in Germany.

Gomes made these remarks while addressing the media in the presence of a high powered delegation from Germany’s tourism industry led by German Travel Association (DRV) President Norbert Fiebig in Colombo on Wednesday.

Meanwhile addressing the media, Fiebig noted that there is enough potential for Sri Lanka in Germany’s outbound tourism market.

Fiebig also noted that DRV is looking forward to hold their Destination Forum in Sri Lanka next year which will bring approximately 60 Travel Agents along with the number 1 German Tourism Trade Magazine in an effort to boost booking numbers from Germany,