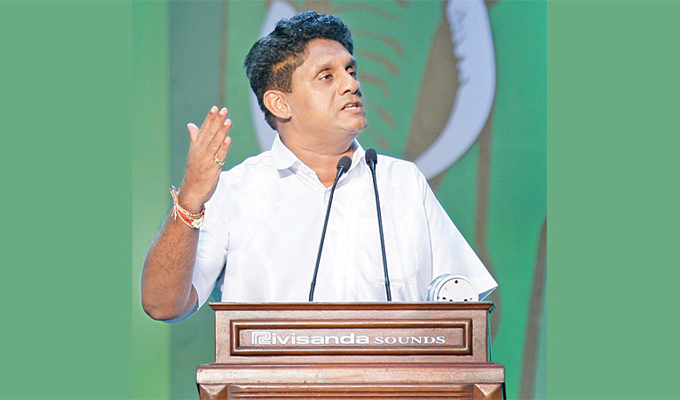 The presidential candidate of New Democratic Front Minister Sajith Premadasa says he would revoke the duty-free vehicle permit given to the Members of Parliament.

He made this promise while addressing a public meeting held at Dikwella area.

“We should not govern the country, but serve it. We should not do politics but serve the nation” Premadasa said, putting emphasis on using the money saved from the revoking the parliamentarians’ duty-free vehicle permits for better use.

He also made a pledge to create a novel political culture that provides all the resources of the country to the common man.

Premadasa, if elected, will put an end to the decades-long era of in which of national resources and public property were destroyed by the politicians and create the motherland the paradise of development that benefits all communities.