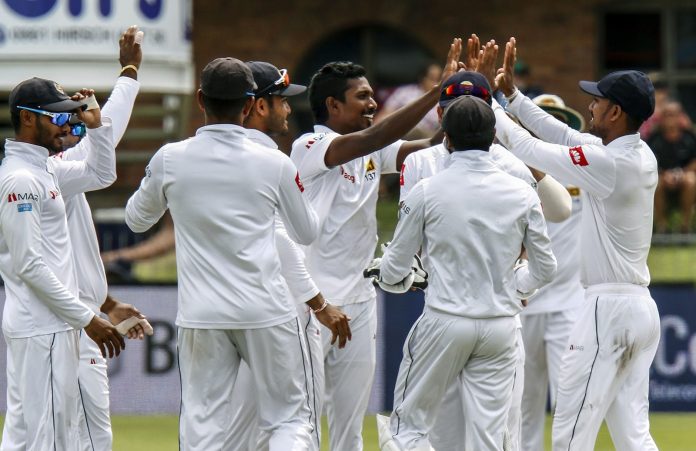 Sri Lanka open their WTC 23 campaign at home against a tricky West Indies side who will undoubtedly prove to be a challenging proposition for the hosts. It is noteworthy that Sri Lanka Test cricket captain Dimuth karunaratne returns to cricket after 7 months.

Sri Lanka will have a host of experienced personnel return to their ranks in the two-match series against West Indies. Dimuth Karunanratne, Suranga Lakmal and Angelo Mathews are a few among those along with the likes of Dinesh Chandimal who was a part of their T20 World Cup campaign. Impressive performers from the tournament like Charith Asalanka, Pathum Nissanka and Dushmantha Chameera are also part of the squad. With his being head coach Mickey Arthur’s final series in charge, the Lankans will hope to send him off on a high.

West Indies are a team who have consistently improved over the past few years despite now having many glamorous names in their ranks. With both matches being played in Galle, spin will play a crucial role in the series and it will be interesting to see the combination which the visitors go with into the opening Test. But Kraigg Brathwaite will be confident in his sides ability to mount a stern test against the hosts, who will start the series as favourites in their own backyard.

The two sides recently faced off earlier this year in a two-match Test series back in the West Indies. Both the matches were held in Antigua between March and April. In two highly-competitive encounters, there was nothing to separate the two sides with both the matches ending in a draw.

There were impressive performers from both sides with Lahiru Thirimanne ending as the highest run-scorer with 240 runs at an average of 60. Suranga Lakmal was the leading wicket-taker with 11 scalps at an average of 21.45. With both teams having quality in equal measures, the series in Sri Lanka promises to be an enticing encounter.

The two teams are likely to be as follows for the first Test starting today at Galle.