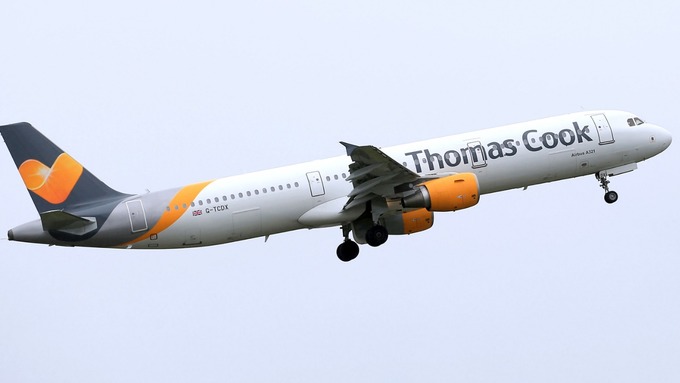 It has also triggered the biggest ever peacetime repatriation, aimed at bringing more than 150,000 British holidaymakers home.

Commenting as the company entered compulsory liquidation, Fankhauser also apologised to the firm’s “millions of customers, and thousands of employees”.

The BBC’s Transport Correspondent Tom Burridge said that 16,000 holidaymakers are booked to come back on Monday. Authorities hope to get at least 14,000 of them home on chartered flights.

The government has chartered 45 jets to bring customers home and they will fly 64 routes today. The size of the fleet will make it temporarily the UK’s fifth largest airline.

Operators including EasyJet and Virgin have supplied some aircraft, with jets coming from as far afield as Malaysia.

What went wrong at Thomas Cook?