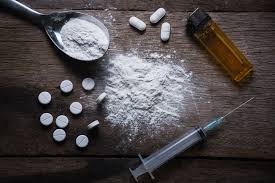 Six suspects including three Maldivians were arrested with 4 kgs of heroin which has a street value of over Rs. 40 million, in Dehiwala last night, the Police said.

The local suspects and the three Maldivian nationals who are aged between 26 and 28 would be produced in the Mount Lavinia Magistrate’s Court seeking a detention order.