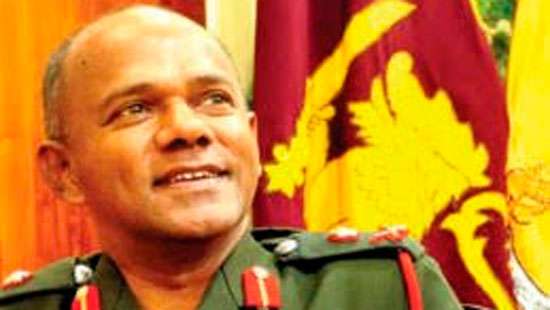 Former Army Commander and now Sri Lanka Ports Authority Chairman Daya Ratnayake has criticized the former government for failing to protect the image of the Sri Lanka military in the international arena within the past 5 years which led to Lieutenant General Shavendra Silva and his family from being banned to enter the US.

Ratnayake also questioned the timing of the ban, stating that some people were trying to create instability in the country just before an election.

“The government is taking a very strong stand, face to face with the US government over this matter. That is what a responsible government must do. This is a result of the inefficiency of the past government. These are things we have to expect now. There is an election in this country. Some people do not want stability in this country,” Ratnayake told the Daily Mirror.

He further said Shavendra Silva was one of the most senior officers who led the final phase of operations in the war against the LTTE and had been an outstanding officer. Therefore, he said it was unjust for countries to make allegations of war crimes on senior officers and the military who had helped free the country from terrorism.

“I am happy that the government has taken such a strong stand in defending Shavendra Silva,” Ratnayake said. “In reality, the Sri Lankan military carried out the world’s most intense and best humanitarian operation in the last days of the war. We carried out the best strategies to end the war against terrorism which is being accepted by the world. Therefore allegations of the military being involved in war crimes are baseless and false,” he added.

US Secretary of State Mike Pompeo recently said Shavendra Silva was designated making him ineligible for entry into the US due to his involvement in extrajudicial killings during Sri Lanka’s Civil War.

In an earlier statement, Pompeo had said that allegations of gross human rights violations against Shavendra Silva had been documented by the United Nations and other organisations.

Sri Lanka’s Foreign Ministry has already summoned the US Ambassador in Colombo over the matter and expressed its strongest objections against the move.