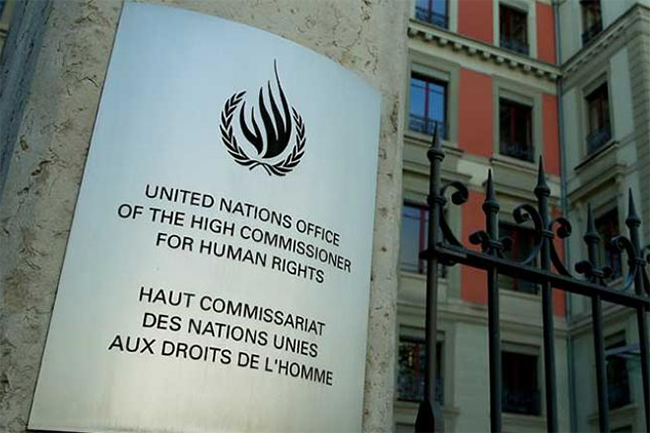 Sri Lanka has taken steps towards legal, institutional and security sector reforms, but more action is still needed, according to a report issued on Friday by the UN human rights office, OHCHR, which examines developments over the past year.

Although UN Human Rights High Commissioner Michelle Bachelet has recognized the authorities’ efforts to initiate reforms, the report said that she has also expressed deep concern over a number of violations in the country.

OHCHR noted setbacks to accountability for past human rights violations and the recognition of victims’ rights, Spokesperson Ravina Shamdasani told journalists in Geneva.

“The High Commissioner highlights particularly the continuing precarious situation of the families of the disappeared – the majority of whom are represented by women,” she said.

“We urge the Government to acknowledge their sufferings, urgently determine the fate or whereabouts of victims, provide reparations, and bring perpetrators to justice.”

The report, which was prepared for the UN Human Rights Council, also made note of what it called continuing trends toward militarization and ethno-religious nationalism that “undermine democratic institutions, increase the anxiety of minorities, and impede reconciliation.”

Additionally, the alleged pattern of surveillance and harassment by security forces of civil society organizations, human rights defenders, journalists and victims, highlighted in previous reports, has also continued, particularly in the north and east, it read further.

“The High Commissioner welcomes the proposed increase of magistrates’ powers to visit places of detention, the speeding up of trials and the repeal of section 14, which imposes serious limitations on publications,” she added.

However, Ms. Shamdasani said that other proposed amendments do not comply fully with Sri Lanka’s international human rights obligations, leaving some of the most “problematic” provisions of the PTA intact.

A statement by the United Nations alleged that this has led to human rights violations, including arbitrary detention and torture.

Since June, more than 80 suspects detained under the PTA have been released, it noted, adding that the OHCHR has welcomed this development, while urging the authorities to impose a moratorium on continued use of the law.

“Sri Lanka will only achieve sustainable development and peace and lasting reconciliation if it ensures civic space, independent and inclusive institutions, and puts an end to systemic impunity,” said Ms. Shamdasani.