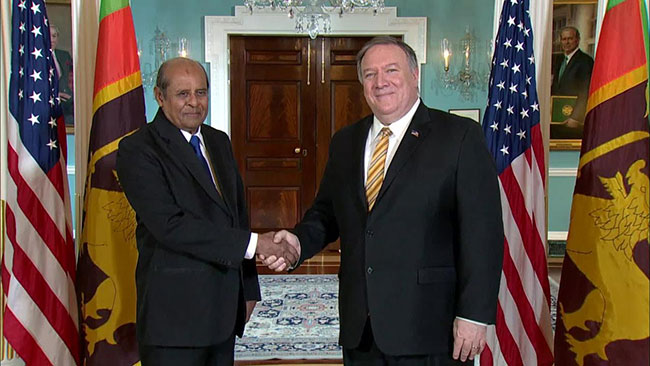 During the meeting on Thursday, Mike Pompeo reiterated the United States’ condemnation of the attacks that Sri Lanka suffered last month, which also killed five Americans, and strong U.S. support for Sri Lanka in its fight against terrorism.

Foreign Minister Marapana noted appreciation for U.S. support in the aftermath of the bombings and conveyed Sri Lanka’s interest in deepening cooperation to prevent future attacks.

Both welcomed the approval of a $480-million Millennium Challenge Corporation compact as an important development that will contribute to prosperity and economic sovereignty in Sri Lanka.