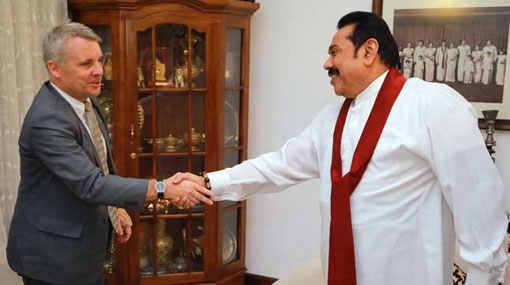 Opposition Leader Mahinda Rajapaksa has briefed German Ambassador to Sri Lanka Jörn Rohde on the current situation of the country.

The duo has held a discussion at the Office of the Opposition Leader last evening (16).

The German Ambassador has emphasized that the situation in the country should be restored forthwith.

The government has been informed in this regard and the Opposition has offered to extend maximum support to ensure the security of the country, the Opposition Leader told the ambassador.