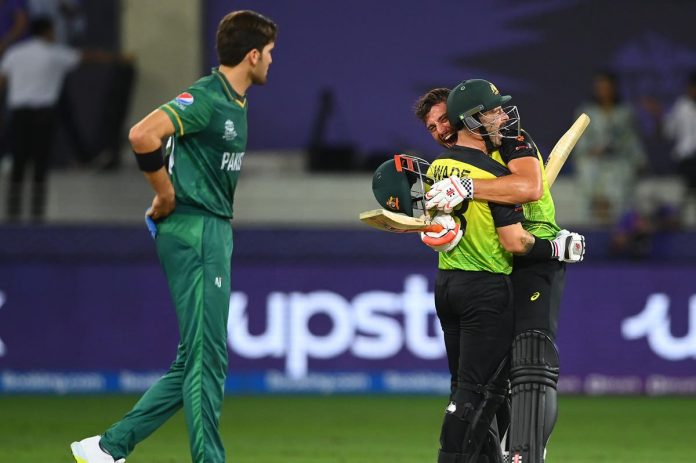 Forty-four matches and 25 days on from the opening delivery in Oman, the finalists for the ICC Men’s T20 World Cup 2021 have been decided.

New Zealand were the first team to secure their spot in the decider, winning a thrilling semi-final against 2016 runners up England, triumphing in a match that was billed as a rematch of their 2019 Cricket World Cup final.

It is the third straight ICC final they have made across three formats, having taken out the inaugural World Test championship earlier this year and finished runners up in the aforementioned Cricket World Cup. They were also runners up in 2015, giving them a run of three World Cup finals across four limited-overs competitions, with the 2016 T20 World Cup the outlier.

Australia qualified for the decider after beating Pakistan in Thursday’s second semi-final.

Chasing 177 to win, the Australians looked in trouble at 157 in the 19th over only for the match to swing in the space of three balls as Matthew Wade followed up a dropped catch in the deep with three consecutive sixes to seal the game.

Matthew Wade and Marcus Stoinis did the damage late on for Australia after David Warner’s fiery 49 had set the chase up, with four wickets from Shadab Khan not enough to stem the tide.

Tasked with chasing down 177 to win the second ICC Men’s T20 World Cup semi-final, Australia were hit with Shaheen Shah Afridi at his very best in the opening over, with Finch falling for a first-ball duck and Mitchell Marsh surviving a tight LBW review off the next delivery.

Australia rode out the storm and seemed to be taking control of the match as Warner raced to a rapid 49. But spinner Shadab Khan seemed to turn the game in Pakistan’s favour, taking 4/26 including a controversial dismissal of Warner, to leave the game on a knife-edge.

Yet the remarkable semi-final had one final twist in the tail, as Wade and Stoinis let fly late on to get Australia across the line and knock out the tournament’s form team.

Stoinis finished with 40 from 31 balls. But it was Wade who was the hero, with his 41 coming off just 17 deliveries, including three consecutive sixes off Afridi to seal the win with an over to spare.

Earlier, Mohammad Rizwan had punished Australia for two dropped catches as he reached another half century to help Pakistan to 176/4 after being put in to bat in the second semi-final.

Rizwan’s effort was his third fifty of the tournament and 10 of an extraordinary 2021 that has seen him become the first batter in T20I history to pass 1000 runs in a calendar year. And his knock was even more impressive given coach Matthew Hayden’s reveal that the player had been in hospital as recently as Wednesday with a lung issue. Rizwan’s platform didn’t go to waste either, with Fakhar Zaman producing a stunning display late on, smashing 55 off 22 deliveries including two enormous sixes off the final over.