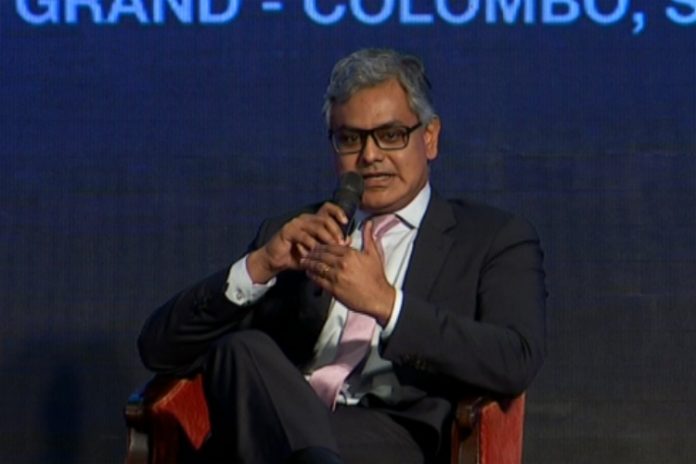 Global dynamics unless there is a big disruption is not going to have much of an impact on the growth trajectory for some of our sectors in the country, John Keells Holdings PLC Chairman Krishan Balendra said.

Speaking during the panel discussion, at the Sri Lanka Economic Summit in 2018 Balendra noted that that Sri Lanka had managed to recover from the Easter attacks faster than anticipated and tourism was likely to see only a 15% drop in earnings when compared to last year.

“One industry that is important for the country and for the company is tourism. Last year we had 2.1 million tourists. That is a big growth from where we were 10 years ago. But relative to most of Asia that is a small number. When we look out over the next few years I think even if there is some global uncertainty and economic uncertainty it’s unlikely to impact the growth trajectory of tourism to the country. The Easter attacks have had an impact but the recovery is faster than what we expected. It looks as though the sector will recover by winter. Of course returns will be lower and earnings will be about 15% less than last year. One of the reasons for this is because the base is low,” Balendra said.

He also pointed out the continued growth, especially in India, would provide Sri Lanka with more growth opportunities.

“Tourism will continue to grow. The Indian explosion of outbound travel is really starting to happen. So for Sri Lanka just next door, that is the next big thing waiting to happen.”

“Another area for our business would be the port sector. Again we have seen a very little impact. . New terminal that was added to the Colombo port 4 or 5 years ago increased the capacity of the Colombo port by 50% but now we are again at full capacity utilization. The Growth has been rapid. This is again because of the low base. Our TEUs is about 8 million but for a hub port that is low. Other hub ports in Asia are much larger. Here we are again seeing a catch-up after the war in the past.”

Balendra was also positive about contracting interest rates and noted that it would be a great opportunity for the cooperate sector to raise capital overseas.

“Lower interest rates that the world is likely to see and the liquidity injection and so on is really going to be an opportunity for Sri Lanka and the cooperate sector in terms of raising capital from overseas.”

“We are waiting for elections but when things stabilize post-elections it could really turn out to be an opportunity for Sri Lanka and for the cooperate sector,” he added.