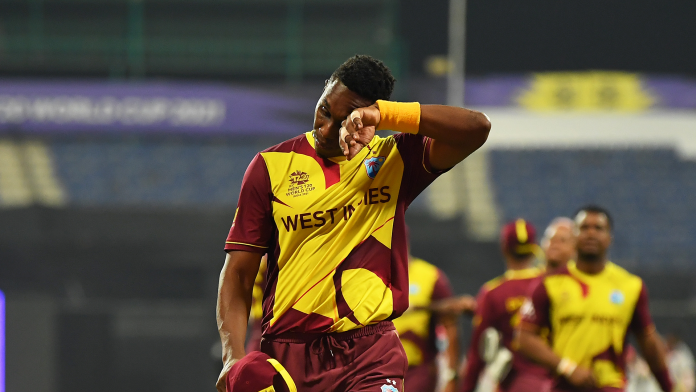 Following his side’s loss to Sri Lanka on Thursday, Bravo confirmed he would be hanging up his boots in a conversation with former captain Daren Sammy and commentator Alex Jordan on the ICC’s post-match Facebook Live show.

The seam-bowling all-rounder made his international debut in 2004, going on to play 293 matches. A T20 trend-setter throughout his career, Bravo has been one of the format’s finest exponents of the slower ball and excelled at the death with both bat and ball.

In 2012, he was the man to take the winning catch when West Indies won the T20 World Cup for the first time and he was there again when they took out the tournament in 2016. The veteran spoke glowingly of West Indies’ future prospects in limited overs cricket, vowing to do what he could to help the next generation.

Bravo’s international career will come to a close after West Indies’ final match of their T20 World Cup campaign against Australia on Saturday. If he plays, it will be his 294th match for the side.