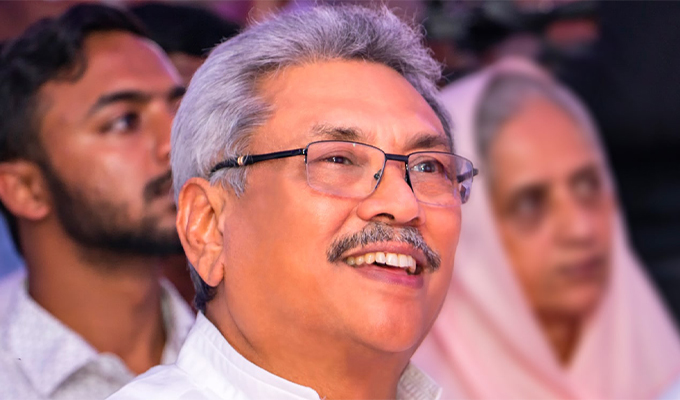 A three-judge bench of the Court of Appeal has postponed further consideration of the petition filed against recognizing the citizenship of former Defence Secretary Gotabaya Rajapaksa, till 1.30 pm tomorrow (03).

President’s Counsel Romesh de Silva, appearing on behalf of Mr Rajapaksa, then stated that continuing this hearing without those documents would be unfair to his client. Raising preliminary objections, he further said that a case is being heard before the Colombo Magistrate’s Court regarding the issue underlying this case.

The defence attorney further stressed that presenting a petition in such manner based on facts which are part of an ongoing court case and hearing the petition would be seriously problematic. He stated that if the Magistrate’s Court decides that his client is innocent the facts which are the basis of this petition would also be unfounded.

President’s Counsel Romesh de Silva claimed that the court has no power to hear this petition and therefore requested it to dismiss the petition.

President of the Appeal Court Justice Yasantha Kodagoda stated that the court will consider the fact presented in the preliminary objections on a later date and that the petitioners should be given the opportunity to make submissions.

Attorney-at-Law Suren Fernando, appearing on behalf of the petitioners, alleged that the citizenship certificate issued to Mr Gotabaya Rajapaksa is not a valid document before the law.

Therefore the citizenship certificate which Mr Rajapaksa is supposed to own is an invalid document before the law, he declared.

Therefore if at some point even if a minister has not been appointed to the subject relating to the Citizenship Act, the powers of the minister are vested with the President as Executive, the Deputy Solicitor General explained.

The former President could have signed the dual citizenship certificate in 2005 under the powers of the relevant ministry as he is the head of the government and the executive, the Attorney General’s Department said.

The petition was filed by two social activists Gamini Viyangoda and Prof. Chandraguptha Thenuwara on Monday (30).

The Controller General of the Department of Immigration and Emigration, the Commissioner General of the Department of Registration of Persons, Minister Vajira Abeywardena, Secretary to the Ministry of Internal & Home Affairs and Provincial Councils & Local Government, Opposition Leader Mahinda Rajapaksa, former Defence Secretary Gotabaya Rajapaksa, Acting Inspector General of Police (IGP), Director of the Criminal Investigation Department (CID), Senior Deputy IGP of CID and Officer in Charge of CID’s Special Branch have been cited as the respondents of the petition.

The petitioners allege that Gotabaya Rajapaksa has obtained a passport and a National Identity Card (NIC) claiming that he revoked his US citizenship.

The petitioners further stated that they have the necessary information to prove the former Defence Secretary did submit proper documentation to verify revocation of his US citizenship when obtaining a Sri Lankan passport and a NIC.

Hence, the petitioners request the Appeals Court to deliver an order suspending the issuance of a passport and a NIC to Gotabaya Rajapaksa. They have also sought an interim order preventing the functioning of said passport and NIC until the court delivers the petition’s verdict.