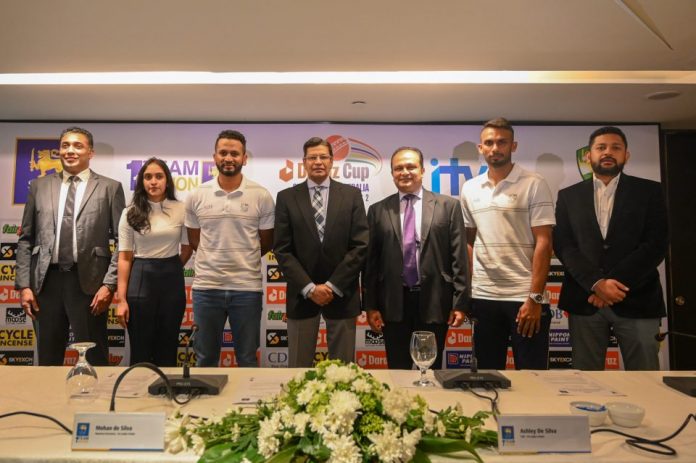 The Secretary of Sri Lanka Cricket, Mohan de Silva announced this morning that Sri Lanka as a country would greatly benefit economically as well to the tune of US $ 2 ½ million dollars by hosting the Australians for a 52-day long home tour.

“While welcoming the Australians, I am proud to say that the Australian tour is very important to the country not only on the cricket front, but also economically in view of the foreign exchange revenue accruing to the country during this critical juncture of the economy as Sri Lanka Cricket has unanimously decided to donate all the proceeds for the benefit of the people,” a beaming SLC Secretary stated addressing the media this morning in connection with Sri Lanka hosting Australia in a home series covering all three formats.

He made special mention of Cricket Australia for having faith in Sri Lanka in backing the island nation by sending not only its three top teams in cricket but also the A team to Sri Lanka for a near two-month long tour from June to July.

“It has been a magnanimous gesture by Cricket Australia of which we are very appreciative and grateful. It is particularly an example to other major cricket playing countries that have been shying from sending teams here. In that vein the great gesture by Cricket Australia and its players touring Sri Lanka at such a critical economic juncture is a victory not only for Sri Lanka Cricket, but the country as a whole,” he said.

He went on to round off the success of hosting such a tour by stating that ‘the tickets for the Aussie tour had sold like hot cakes within a few hours.’ Such was the economic gain to the country.

He had a huge thank you for all the generous sponsors from Heshan Perera, Chief Marketing Officer of Daraz  Sri Lanka, sponsor of the T20 series, Ms. Kithmini De Silva, Head of Marketing of Moose Clothing, sponsor of the Warne-Muralitharan Test Series also known as the Mooise Clothing Cup and the official Overseas Team Sponsor, Harsha Samaranayaka, Senior General Manager, Brand and Media of Dialog Axiata, the National Teamm Sponsor of the SLC and SkyExch.Net that is powering all three series’.

Meanwhile, Sri Lanka Chief Executive Officer, Ashley de Silva said that the Australian gesture had set the ball rolling in opening the gateway for several other tours to Sri Lanka.

“The Aussie tour has paved the way for many back to back tours. There will not only be the Asia Cup, but the Pakistan tour as well in mid July following the Australian tour,” the CEO announced.