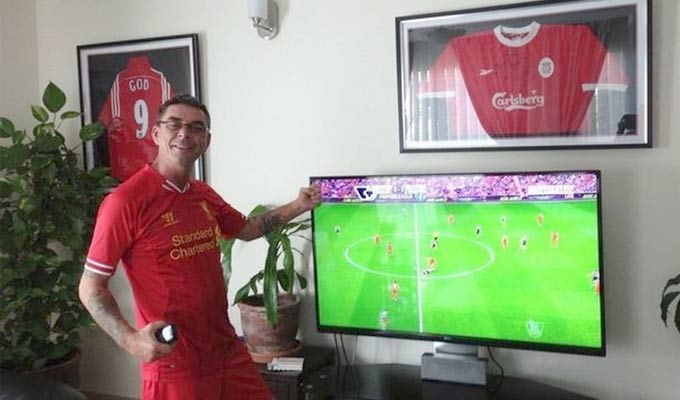 A British man has died after he was bitten by a mosquito in Sri Lanka and was left completely paralysed.

Colin Whiteside, from Preston, was diagnosed with Dengue fever – a mosquito-borne tropical disease – a few weeks ago.

The dad-of-two was taken to hospital after being bitten by the insect, but later developed pneumonia and sepsis .

He then suffered a catastrophic stroke on July 14, which left him completely paralysed and only able to blink.

Lancs Live reported that the 52-year-old’s wife Caroline flew to be at his bedside.

She paid tribute to him on Facebook today after his tragic death yesterday.

She wrote: “Last night you spread your wings and now you’re flying free.

“Goodnight my boy I will love you forever.”

Many tributes for Colin poured in under his wife’s post.

One wrote: “I am so deeply sorry Caroline. God bless you Colin, you fought so hard to stay.”

Another posted: “I’m so, so sorry. Rest in peace Colin, you were such an amazing gentleman. My thoughts are with you all at this sad time.”

Colin was born in Liverpool and was a dedicated Liverpool fan.

His devastated daughter Michelle Green told the Liverpool Echo last month that Colin worked as a scaffolder all over the world, but was due to come home permanently before the tragedy. He had been working in Sri Lanka when he was bitten.

She also said that he was initially expected to make a full recovery, but after the stroke which “came out of the blue” he was left of life support and needing a tracheotomy.

Michelle, 37, said at the time: “Just the thought of him being aware of what is happening but is unable to do anything for himself is just the worst thing that can ever happen to someone.

“It is absolutely heartbreaking.

“It feels surreal, you don’t expect it to happen to your family. You read about these stories but don’t ever think it will happen to you.”

After he was hospitalised, friends and family launched a Crowdfunding page in a bid to fly him home and raised almost £35,000.