SRI LANKAN GREAT JOINS THE HUNDRED
Mahela Jayawardena brings experience of an 18-year international career to The Hundred. More than 10,000 runs scored each in Tests and ODIs for Sri Lanka. He won the ICC World Twenty20 in 2014 and was a finalist in the 2007 and 2011 ICC Cricket World Cups. Jayawardena captained his country 186 times. Mumbai Indians won the 2017 and 2019 Indian Premier League with him as Head Coach. And he has history on England’s south coast having played for Sussex in 2015.

Jayawardena said: “The Hundred is an innovative and exciting new tournament and it is a great privilege to be Head Coach of the Southampton-based team. I’ve played international and county cricket at Southampton. It’s a great place and I’m looking forward to going back.

“I am delighted to be working alongside Shane Bond and some of the talented young coaches from both Sussex and Hampshire.

“I think The Hundred will interest the world’s best players because England is a great place to play cricket. The structure of the tournament is good and that means most of the guys will put their name in the hat because this is a tournament that excites them.”

CHARLOTTE EDWARDS STAYS IN THE SOUTH
The director of women’s cricket at Hampshire takes on her first head coach role. Charlotte Edwards is a five-time Ashes winner. She captained England to three of those. And led her side to an ICC Women’s World Cup and ICC Women’s T20 World Cup double in 2009. She spent 16 years at Kent but ended her career at The Ageas Bowl with Southern Vipers where she won the inaugural Kia Super League.

She was named one of Wisden’s Cricketers of the Year in 2014. Edwards retired from international cricket in 2016 after a record 309th appearance for England.

Edwards said: “I am really excited to be part of The Hundred. It’s my first Head Coach role and I think it’s the right time. I feel like I’ve learned a lot from coaching overseas and working with the Southern Vipers. It’s my time to have a go and see what I can do.

“I think The Hundred is going to have a positive impact on the game at a grassroots level. I’m really looking forward to being there from the start and watching it all unfold. It’s really exciting because I’ve been to Australia and seen the impact the Big Bash has had and you just feel like we can do exactly that and more.” 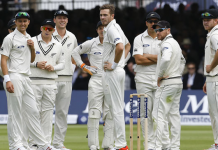 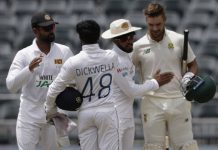