The incumbent Government should take steps to recover $98 million from Airbus paid by the Yahapalana Government as cancellation fees for returning four A350 in 2016, UNP MP Eran Wickramaratne said today.

Addressing a news briefing, he said this in the wake of revelation of the alleged corruption in dealings of Airbus with several countries including SriLankan Airlines.

“According to disclosures in courts in Washington, Paris and London, Airbus for years conducted a massive scheme to offer and pay bribes involving very senior executives in several countries including Sri Lanka,” the MP said.

“In 2017, Sri Lanka had to pay $98 million in penalties for cancelling the order in 2016 and returning four A350 ‘extra wide-body’ aircraft that is specifically designed for long haul routes and unsuitable for the airline’s business model,’ he added.

Wickramaratne said the Airbus Company had increased the selling price of these aircraft leading the relevant authorities to pay additional payments for the purchase of the aircraft.

“It is clear that these transactions have not been done in a legal manner and thus the government should ask the Airbus Company to refund the $98 million,” he said.

Meanwhile, he requested the Attorney General to take necessary legal actions against local individuals involved in these transactions. 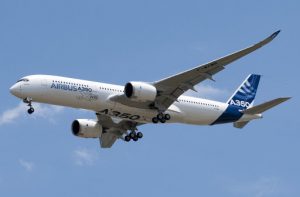