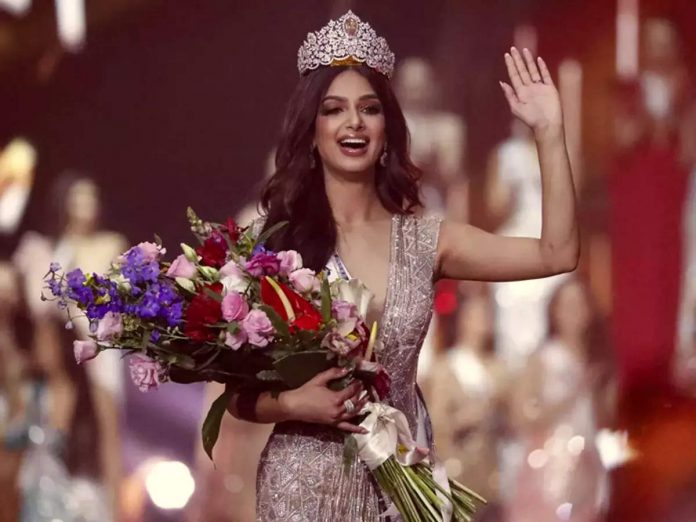 Harnaaz Sandhu of India was crowned the 70th Miss Universe on Sunday, topping a field of some 80 contestants in a pageant that was touched by politics and the pandemic.

The previously reigning Miss Universe, Andrea Meza of Mexico, crowned her successor, a Bollywood actress, in the Israeli Red Sea resort town of Eilat. The pageant was held in the middle of the night, wrapping up at 5 a.m. local time (10 p.m. EST) to accommodate the primetime schedule in the U.S.

Sandhu said she was feeling “overwhelmed because it’s been 21 years since India got Miss Universe crown and it’s happening right now.”

The pageant included traditional displays of national costumes, swimwear and a series of interview questions to test contestants’ public speaking skills. The top 10 showed off intricately bedazzled full-length gowns in either gold, silver or bronze. The Philippines’ Beatrice Luigi Gomez wore an asymmetrical cut dress with one sleeve, highlighting a new tattoo she said “celebrates her womanhood.”