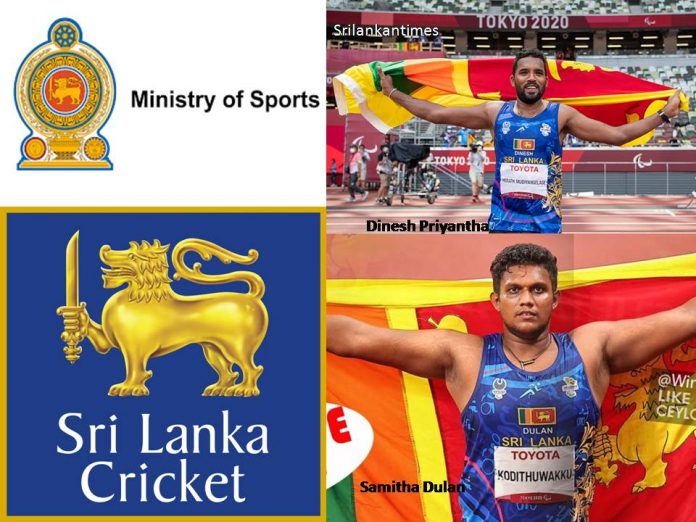 Sri Lanka Cricket (SLC) has decided to reward  cash prizes of Rs. 10 million and Rs. 1 million for Dinesh Priyantha and Samitha Dulan, who won a gold medal and a bronze medal respectively at the Paralympic Games in Tokyo.

The official statement issued by the SLC in this regard as follows.

Sri Lanka Cricket’s Executive Committee, whilst congratulating the two Sri Lankan Athletes, who brought glory to the country during the ongoing Tokyo 2020 Paralympic Games, has taken a decision to reward and recognize the outstanding achievement of the duo.

Sri Lanka Cricket will present the ‘Recognition’ to the two athletes with the participation of the Minister of Youth and Sports Honourable Namal Rajapaksa.