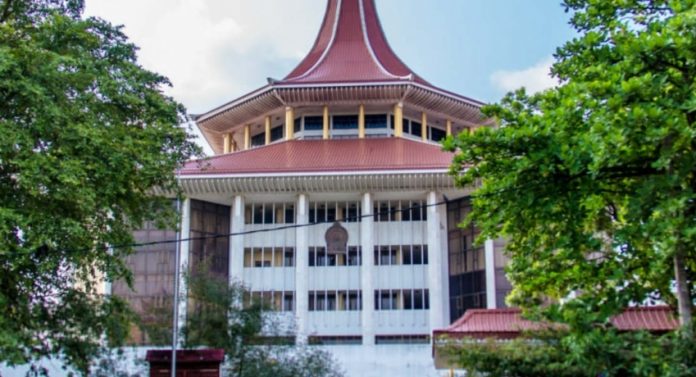 The Judicial Service Commission (JSC) has issued a special circular describing criterion for court proceedings for a week from tomorrow with the aim of preventing the spread of COVID-19 virus in the country, the President’s Media Division said.

In a statement, the PMD said the circular has been issued focusing cases to be called in Commercial High Courts, High Courts, Civil Appellate Courts, District Courts, Magistrates Courts and Labour Tribunals from 19th to 27th, in this month.

No case shall be heard in open court except for cases which are decided by the judge as urgent and necessary.

All scheduled cases will be called on other days, and accepting applications for court bail will proceed as usual. The Commission further state that if a lawyer wants to make a plea to the courts to hear a case due to an urgent reason, only requests made by a motion before 10.00 a.m. will be considered.

The Commission also advised to use video technology in the process of extending detention period of inmates instead of bringing them into the courts.

Provisions for police bailouts should be used as far as possible, and the Magistrates must maintain proper coordination with the police in respective areas.

The Judicial Service Commission has issued this circular with the aim of preventing the spread of coronavirus within the country as much as possible, by reducing public gatherings.