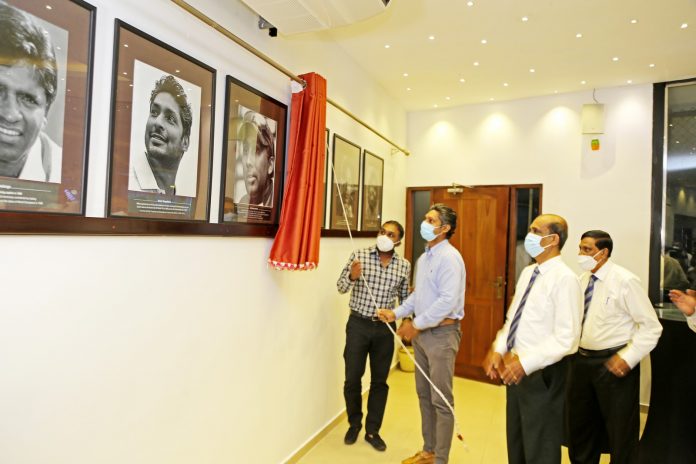 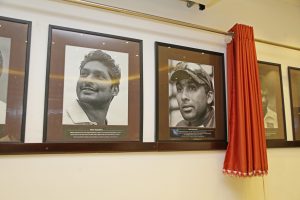 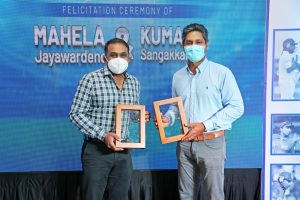 Mahela Jayawardena and Kumar Sangakkara were felicitated by the Mercantile Cricket Association (MCA) at a glittering ceremony amongst a distinguished gathering including past MCA Presidents, held on 2nd December at the MCA Head quarters, Colombo-7.

Mahela Jayawardena was honored for being inducted to the prestigious ICC Hall of Fame and Kumar Sangakkara for being the first Non British to be selected as the President of the Marylebone Cricket Club. (MCC).

MCA President, Nalin Wickramesinghe in his speech solicited a helping hand from Kumar Sangakkara to use his MCC connection to modernize the facilities at the existing MCA Cricket Academy, inaugurated in 2002.

MCA was formed by the British Expatriate Heads or Senior Executives on 23rd February 1911, as Mercantile Cricket Competition (MCC)

Ceylon Tea, the British planters and the MCA are closely linked together;this link became more magnified after Kumar Sangakkara delivered the MCC “Spirit of Cricket” – Colin Cowdry Lecture at Lords in 2011, where he got a standing ovation  & when he was selected as the President of MCC in 2019.