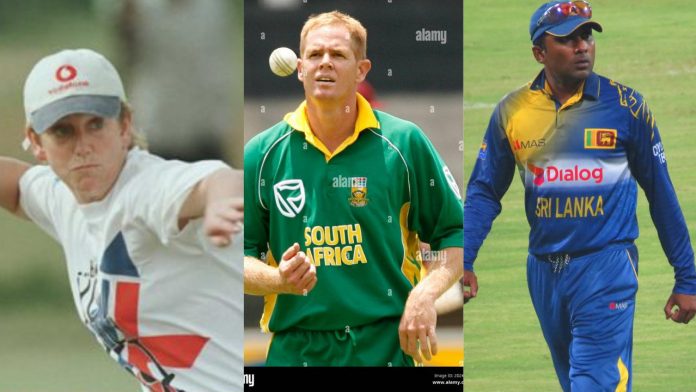 The three cricketers will be formally inducted by fellow ICC Hall of Famer, Sir Clive Lloyd before the much-anticipated final between New Zealand and Australia starts at the Dubai International Stadium.

The ICC Hall of Fame recognises the achievements of the legends of the game from cricket’s long and illustrious history. 106 players have been inducted since its launch in 2009, with Brittin, Jayawardena and Pollock as the latest inductees.

Jayawardena’s numbers in Test cricket speak for themselves.

The relentless right-hander became the first Sri Lankan to pass ten thousand Test runs, finishing his career as the ninth highest men’s run-scorer in history, with 11,814 at an average of 49.84.

He is also one of an elite number of men’s Test batters to score more than 30 centuries, with the Sri Lankan finishing with 34 to his name, level with Younis Khan, Sunil Gavaskar and Brian Lara. Only five players in history have scored more.

And Jayawardena’s seven career Test double hundreds puts him behind only Lara, Kumar Sangakkara and Don Bradman in the all-time list.

Jayawardena’s legendary status is not just based on his Test excellence. The diminutive batter also helped establish Sri Lanka as one of the leading white-ball sides in the world during his time, reaching five finals of ICC tournaments and winning his last one in 2014.

With Jayawardena in the team, Sri Lanka reached the finals of the 2007 and 2011 Cricket World Cups, with Mahela more than pulling his weight.

Pollock was one of the finest bowling all-rounders the game has ever seen and was the first player to achieve the 3,000 run and 300 wicket double in both Test and ODI cricket.

Jayawardena follows Kumar Sangakkara and Muttiah Muralitharan into the Hall of Fame. “It’s a very special honour to follow in the footsteps of legends Sanga and Murali from Sri Lanka and so many other great cricketers of the past.