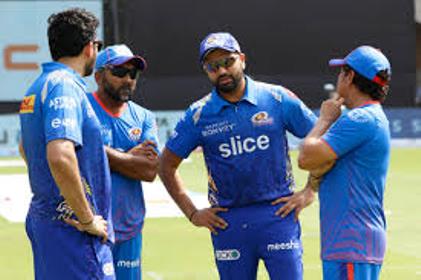 Mumbai Indians has had a terrible start to the season, having lost its first eight matches in IPL 2022. This is the worst losing streak from the start of a season by a team. Prior to this, Delhi Daredevils (in 2013) and Royal Challengers Bangalore (in 2019) shared the unwanted record, having sunk to six successive losses each.

Not only has an inexperienced bowling attack troubled the new-look side, Mumbai’s prospects have also been hurt by an underperforming batting unit.

Although MI has lost eight consecutive games, it is still not the worst losing streak. Pune Warriors India and Delhi Daredevils’ (now Capitals) have the longest losing streaks at 11.

Pune lost nine games in 2012 and two more in 2013 before the losing streak ended. Delhi crashed to nine successive losses in 2014 and began season 2015 with two more losses

“They will be down in the dumps. They are a champion team, having won the title 5 times. So, they will all be very upset. Every team expects to lose matches but to lose 7 in a row means they are (effectively) out of the tournament,” former India captain Sunil Gavaskar said on host broadcaster Star Sports

Rohit Sharma-led Mumbai Indians and they now hold the record for the worst start to an IPL season for any team. Yes, the five-time IPL champions, who are the most successful team in the history of the league are the first ever team to lose 8 matches at the start of a season in the 15-year history of the tournament.