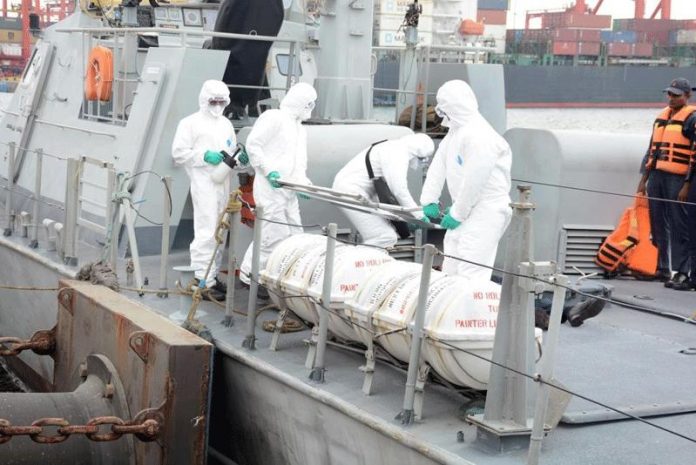 Sri Lanka Navy, in collaboration with the Suwaseriya Ambulance Service, Firefighting Unit of Colombo harbour, Harbour Health Service and doctors from National Quarantine Unit conducted a drill at the harbour yesterday to rehearse Standard Operational Procedure that could be adopted in the event of transferring a suspected COVID-19 contracted patient from a ship to the relevant hospital ashore and quarantining a particular area on the land.

The Navy said that the drill was carried out by Chemical, Biological, Radiological and Nuclear (CBRN) of the Sri Lanka Navy in partnership with Suwaseriya Ambulance Service, Firefighting Unit of Colombo harbour, Harbour Health Service and doctors from National Quarantine Unit in a backdrop where the outbreak was declared as pandemic by the World Health Organization.
“The performed drill was focused on as how the possible contracted patients are transferred to a relevant hospital safely, patients are rushed for treatment expeditiously and precautionary measures to be taken to stop further spreading,” it said.
This proactive measure was initiated by the Commander of the Navy, Vice Admiral Piyal De Silva and was witnessed by Commander Western Naval Area, Rear Admiral Sumith Weerasinghe, senior naval officers, officials from the Ports Authority and a group naval personnel. 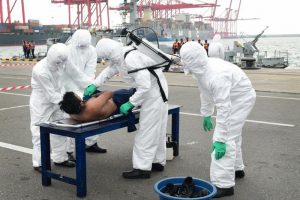 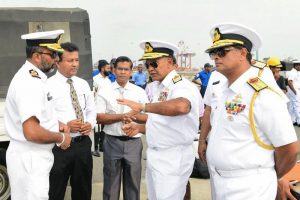 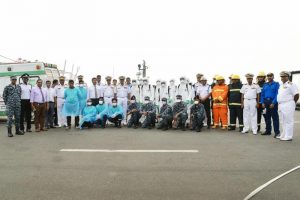 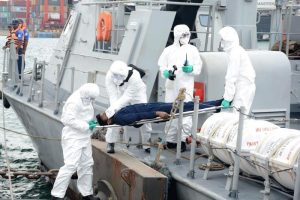 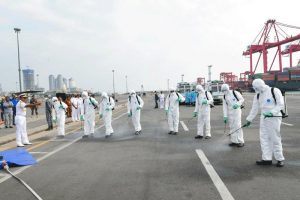 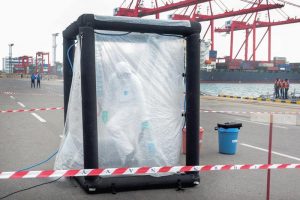 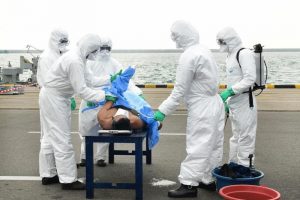 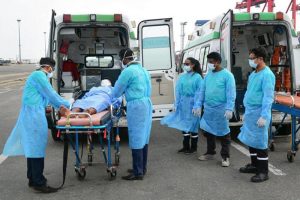 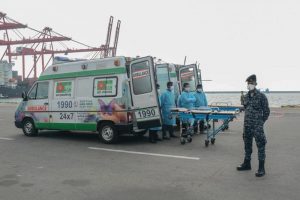