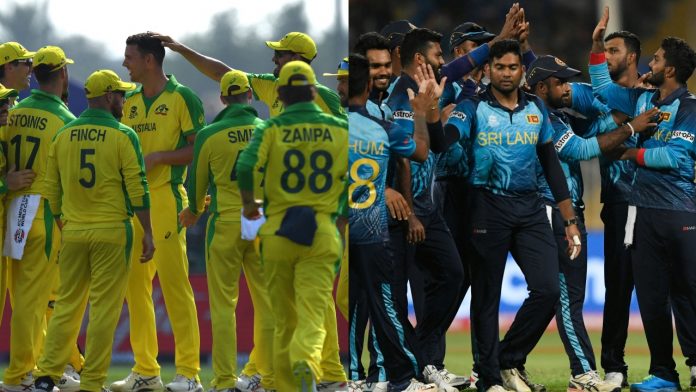 Matthew Wade’s 41 not out off 17 balls and his three sixes in the epic chase in the semi-final against Pakistan at Dubai International Stadium added a new chapter in Australia’s success stories in the World Cups.

Of 19 tournaments across ODI and T20 formats, Australia’s men’s team have reached the final nine times – the most by any team and three more than the next best England and Sri Lanka (six each). That means if there is a World Cup on, there is a 47.36 per cent chance that Australia will make it to the final.

Pakistan were playing their 11th semi-final in World Cup history and lost at the penultimate hurdle for the seventh time, the second most by any team after New Zealand, who have suffered eight defeats in semi-finals.

Australia on the other hand have lost only three out of 12 World Cup semi-finals.

With 18 needed off nine balls for a berth in the final, Wade killed the game with three consecutive sixes off Shaheen Afridi’s last three balls.

The only other batter to hit three sixes on the bounce in ICC Men’s T20 World Cup 2021 is England’s Liam Livingstone against Kagiso Rabada in Sharjah.

Wade is the fourth batter from Australia to hit a hat-trick of sixes in T20 World Cups and the first since David Warner against India in Barbados in 2010. In that match, Shane Watson also hit three sixes. The first Australian to tonk three maximums in a row in T20 World Cups was David Hussey in the group match against Pakistan in Saint Lucia in 2010.

Australia batter David Warner once again showed his class and match-winning skills in a game against Pakistan. His 49 off 30 balls at the top kept Australia in the hunt and gave his lower-order a launching pad to scale 177, the highest target chased by any team in ICC Men’s T20 World Cup 2021.

Warner has 1059 runs at an average of 151.28 in his last 10 international innings against Pakistan. In 2019 alone, he scored a triple-century (335 not out) in the Adelaide Test, 154 in the Brisbane Test and 107 in the Cricket World Cup match in Taunton. There are two more centuries in this stretch of 10 innings that he scored in the last two ODIs of a bilateral series in 2017 – 130 in Sydney and 179 in Adelaide.

One of the key factors behind Australia’s semi-final win against Pakistan was the leg-spinner Adam Zampa’s economical spell in the first innings. In his four overs, he conceded only 22 runs and took an important wicket of Babar Azam.

Zampa is the first Australian spinner to bowl more than 20 overs with an economy of below 6.00 in one edition of ICC Men’s T20 World Cup.

Riawan the first batter in T20I history to score 1000 runs in a calendar year.

Hafeez has bowled  13,061  deliveries without ever over-stepping.

Mohammad Rizwan’s 67 off 52 balls couldn’t take his team to the final, but during the course of the innings he became the first batter in T20I history to score 1000 runs in a calendar year.

And Pakistan’s team doctor revealed after the match that Rizwan had a chest infection and spent two nights in ICU before the semi-final against Australia.

Pakistan off-spinner Mohammad Hafeez has shown excellent discipline throughout his cricket. In his 18-year international career, Hafeez has bowled thirteen thousand and sixty-one (13,061) deliveries without ever over-stepping.