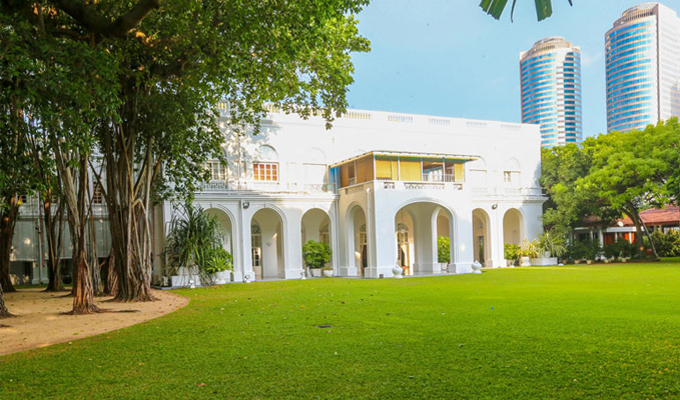 An all-night Pirith Chanting ceremony was held at Janadhipathi Mandiraya in Fort last night to invoke blessings on war heroes and on the general public.

The all-night Pirith ceremony was held under the auspices of Chief Sanganayaka of the Western Province, and Chief Incumbent of the Abhayarama Viharaya, Ven. Muruththettuwe Ananda Thera.

A group including President Gotabaya Rajapaksa, Prime Minister Mahinda Rajapaksa and government officials were present at the occasion.

According to the presidential media unit, during the special Dhamma sermon, Ven. Medagoda Abhyatissa Thero said that all who got together to defeat the war should come together to face economic and international challenges that are before the country.

Get the latest breaking news and top stories from Sri Lanka.
Contact us: [email protected]times.com