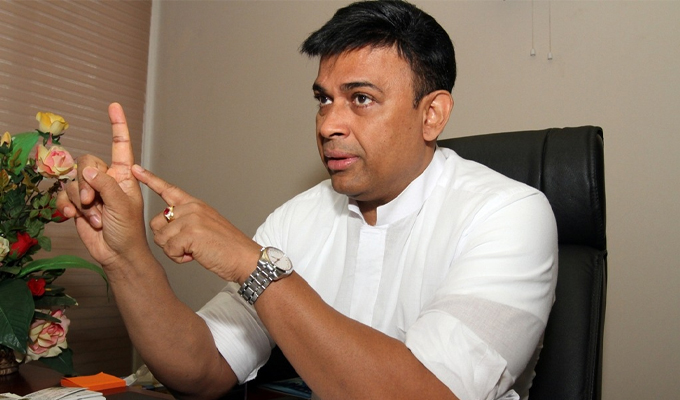 This was as per an order the Nugegoda Magistrate when he was brought before courts earlier today (05).

Reportedly, the MP has been released on two surety bails worth Rs 500,000 each.

The court has further issued a foreign travel ban on Ramanayake.

United National Party (UNP) MP was arrested by the Colombo South Crimes Division over the possession of a pistol with an expired license.

The police, yesterday, carried out a search at MP Ranjan Ramanayake’s residence in Madiwela on a warrant obtained from Nugegoda Magistrate’s Court.