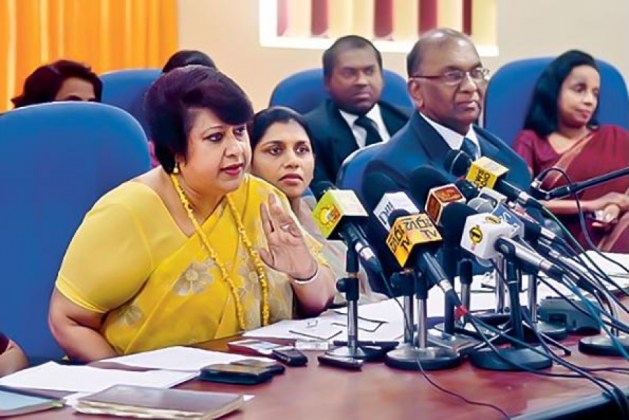 Previously, the Attorney General had made a written request from the Public Service Commission to probe the alleged telephone conversation between Solicitor General PC Dilrukshi Dias Wickremasinghe and Avant-Garde Chairman Nissanka Senadhipathi, over allegations that she had breached professional ethics.

The Attorney General has taken a decision to, temporarily, not assign any official duty to Solicitor General Dilrukshi Dias Wickramasinghe PC. Additional Solicitor Sanjay Rajaratnam has been temporally appointed to carry out the duties vested in the post of Solicitor General.