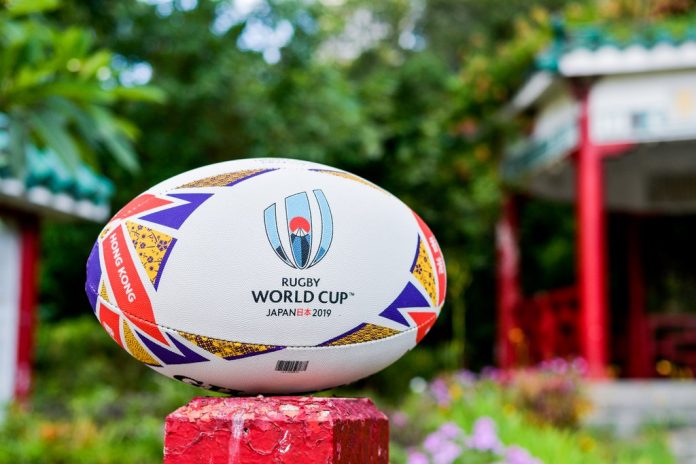 The pool phase of the 2019 Rugby World Cup in Japan has been completed and eight countries vying for glory in the ninth installment of the tournament as the quarter-finals of the World Cup have been confirmed.

After 40 pool games, twelve teams have been knocked out, and eight teams remain for the knockout phase of the competition.

New Zealand topped South Africa in Pool B despite their final game with Italy being called off due to Typhoon Hagibis.

Wales’ win over Uruguay jumped them ahead of Australia at the top of Pool D, while the cancellation of England vs France means Eddie Jones’ side move on as Pool C winners.

The two qualifiers from each pool are now sent to opposite halves of the draw, meaning the two teams progressing cannot meet again until the final.

The first quarter-final takes place in Oita, with England and Australia renewing old hostilities, with coaches Eddie Jones and Michael Cheika sure to have plenty to say.
Then there is the rather large meeting between New Zealand and Ireland in Tokyo. Ireland have beaten New Zealand twice since the last World Cup – can they secure another scalp in the quarter-final?

Sunday’s first action is Wales against France in Oita, with Wales hoping to have Dan Biggar fit to start at fly-half to take on the mercurial French.

And finally it is hosts Japan against South Africa in a mouthwatering rematch of that incredible Japanese victory in Brighton four years ago.