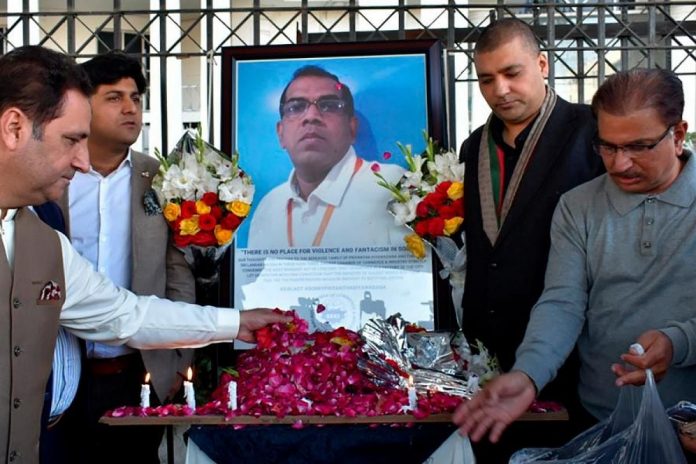 In his address, Prime Minister Imran Khan said that the business community of Sialkot had raised 100,000 Us$ for the family of the late Sri Lankan citizen Priyantha Kumara.

He also said that the business community of Sialkot has decided that Priyantha’s salary would be paid to the family every month.

The Prime Minister said that we are proud of the bravery and courage of Malik Adnan who tried to save Priyantha Kumara. “Moral strength is more than physical strength,” he added.

Imran Khan said that whoever used religion now, did injustice in the name of Rehmat-ul-Alamin, do not leave them.

He said that he hoped that young people would see Malik Adnan and would remember a man standing in front of animals.

The Prime Minister also said that it is not fair that he made the accusation and became the judge himself. He said that on this incident, the whole of Pakistan has decided not to allow this to happen again.

In his address, Prime Minister Imran Khan paid tribute to Malik Adnan on behalf of the entire country. He said that Malik Adnan would be awarded the Medal of Courage at the March 23 ceremony.

He also said that as long as I am alive, this will not happen again.