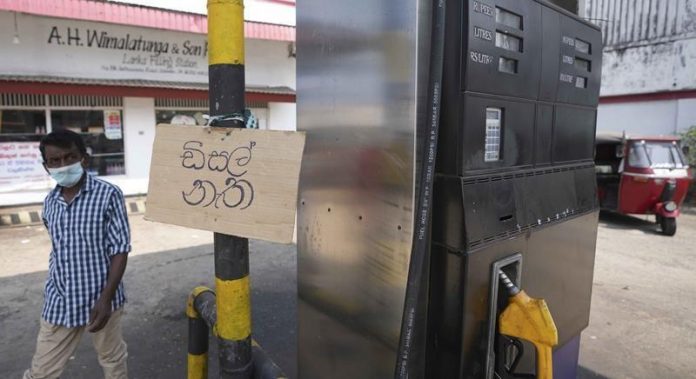 Authorities in Sri Lanka are imposing rolling power cuts across the island nation as its deepening financial crisis leads to shortages of fuel and handicaps its power grid.

Sri Lanka’s Public Utilities Commission said it will shut off the country’s grid for four and a half hours on Wednesday after two hours of power cut on Tuesday and Monday. Electricity will be switched off on a rotating basis between regions between 8.30 am and 10.30 pm, according to officials.

The regulatory body said the state-owned Ceylon Electricity Board had requested permission for the cuts as fuel shortages had caused the loss of about 700 MW to the national grid. Over the last few weeks, Sri Lankans had experienced several sporadic power failures.

Commission’s chairman Janaka Ratnayake said the “shortage of fuel is causing this issue” while adding that “we are having a fuel crisis not an electricity crisis.”

Depleted foreign reserves are driving Sri Lanka’s worst economic crisis in decades. A currency crunch has hindered imports of fuel and other essentials from overseas, including milk powder, cooking gas, and petrol.

In the past few days, many Sri Lankans have been forced to wait in long queues in the capital of Colombo and its suburbs to obtain fuel for their motorbikes and vehicles. Some fuel stations remained closed as they have not received new supplies.

The pandemic dealt a heavy blow to Sri Lanka’s economy that depends heavily on tourism and trade, with the government estimating a loss of $14 billion in the last two years. The economy is estimated to have contracted by 1.5% in July-September 2021, according to the central bank. Inflation also surged to 12.1% in December.

Sri Lanka has borrowed heavily and faces repayments on $12.5 billion in international sovereign bonds. Officials have said the government is gradually building back reserves to ensure it can honour its debts.

The government settled $500 million due on sovereign bonds in January and the gross official reserves stood at $2.36 billion at the end of January, according to the country’s Central Bank.

Including the latest payment, Sri Lanka has foreign debt obligations exceeding $7 billion in 2022, including the repayment of another bond worth $1 billion in July. The electricity crisis has been worsened by plunging water levels powering hydroelectric dams in the country.