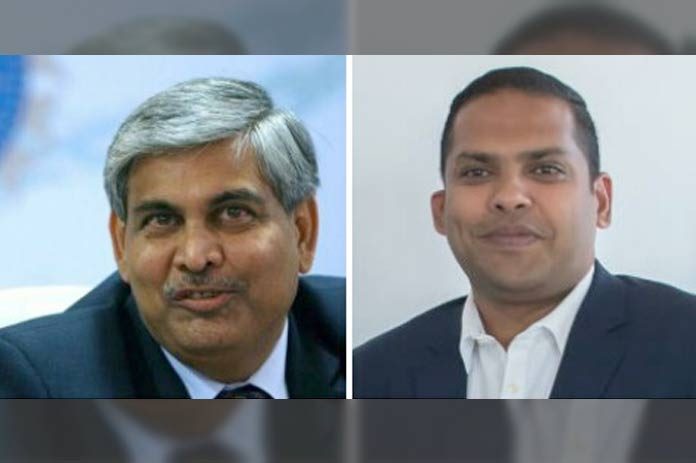 According to sources, the meeting will take place in India’s capital New Delhi.

“Yes, the Sports Minister is meeting ICC chairman Shashank Manohar in a bid to get his approval for the constitutional changes at SLC and revamping the cricket structure” a senior UNP minister told Cricket Age.

In last one and half years, Sri Lanka Cricket has been in news for all wrong reasons. During SLFP Sports Minister Faizer Mustapha tenure, a 5.5 million dollars fraud was attempted, some of the most high profile former players were banned by International Cricket Council (ICC) in match fixing charges and national team’s performance has also become a big concern. In the recently concluded World Cup as well, Sri Lanka were knocked out from the group stage, with only three wins!

Cricket Age understand that during his meeting with Shashank Manohar, Harin is likely to bring forensic audit report outcome to his notice.

It has also learnt that Harin is carrying a recommedation letter from country’s Prime Minister Ranil Wickramsinghe, that favours constitutional changes at SLC and  the appointment of the interim committee.

“In the letter, the honorable Prime Minister has urged Mr. Shashank Manohar to consider the current hopeless scenario of Sri Lanka Cricket and give his approval for the interim committee” the senior UNP minister added further.

On July 24, Cricket Age had exclusively published that country’s Prime Minister had discussed in length about the continues failing of Sri Lanka cricket team and other issues, which are hindering game’s progress, with iconic world cup winning Arjuna Ranatunga and Harin Fernando. Later, Navin Dissanayake, former Sports Minister and one of the most genuine cricket loving personality, also met Prime Minister and had a lengthy discussion on same issues.

Cricket Age had published at that time as well that Prime Minister had insisted to make constitutional changes and put an interim committee, in order to bring Sri Lanka Cricket back on track!