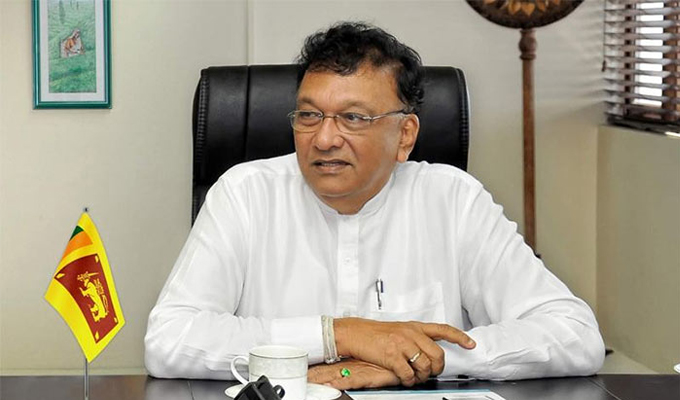 MP Lakshman Kiriella says that there had been a worse bond fraud in Sri Lanka which had occurred even before 2015.

He expressed these views speaking to the media following a program in Kandy.

He claimed that while the previous government sold bonds at Rs 10 million, prior to 2015 bonds worth Rs 6500 billion had been sold in a clandestine manner.

He says that the Forensic Audit report on the Central Bank of Sri Lanka states that the bonds worth Rs 6500 billion had been sold during the 10 years prior to 2015.

Kiriella points out that this is the reason for the prorogation of the parliament before revealing the Audit report which was to set to be presented to the parliament on December 03.

The issuance of Rs 10 million bonds by the previous government was highlighted, while the case of selling Rs 6500 billion worth bonds was kept hidden, he further said.