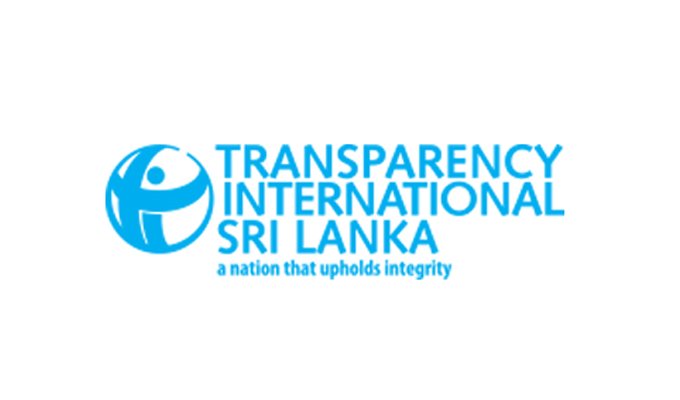 Issuing a statement today (22), the TISL also applauded the Commission to Investigate Allegations of Bribery or Corruption (CIABOC) for the swift proactive measures taken to carry out the sting operation, complete investigations and bring the case before court.

On Thursday (19), the Special High Court found Mahanama and Dissanayake guilty of soliciting a bribe of Rs.100 million and accepting an advance payment of Rs. 20 million from an Indian businessman, the complainant of this case.

The first defendant in the case, I.H.K. Mahanama, has been sentenced to 20-year rigorous imprisonment by the court and ordered to pay a fine of Rs 65,000.

The second defendant, Piyadasa Dissanayake, was sentenced to 12 years rigorous imprisonment by the Trial-at-Bar and ordered to pay a fine of Rs 55,000.

TISL Executive Director Asoka Obeyesekere has said: “An essential ingredient for successful prosecutions is non-interference in the work of investigators, who must be kept protected from political vendettas. The fact that CIABOC is willing to undertake sting operations, irrespective of the position of the perpetrator, is encouraging and we hope that this will establish a strong precedent for the future.”

Obeyesekere added: “It is also important that clarity is provided to the public on why specific cases are selected to be tried through the expedited Special High Court, whilst others can take the slow track criminal proceedings which on average take 10.5 years to conclude. Public confidence in the process is imperative to the success of these measures”.

The conviction of the former Chairman of the State Timber Corporation also highlights the significant corruption risks within State-Owned Enterprises (SOEs) and underscores the need for professionalism within SOE management, the TISL said in its statement.

“The conviction of the former Chairman of the State Timber Corporation also highlights the significant corruption risks within State-Owned Enterprises SOEs) and underscores the need for professionalism within SOE management. Whilst steps have been proposed in the recent past to formalize appointments to SOEs, ensuring public access to information on SOE Boards and management, and their interlinkages, will have an important deterrent effect. To this end TISL earlier this year launched www.peps.lk the country’s first public register of politically exposed persons which is updated periodically,” the TISL said further.