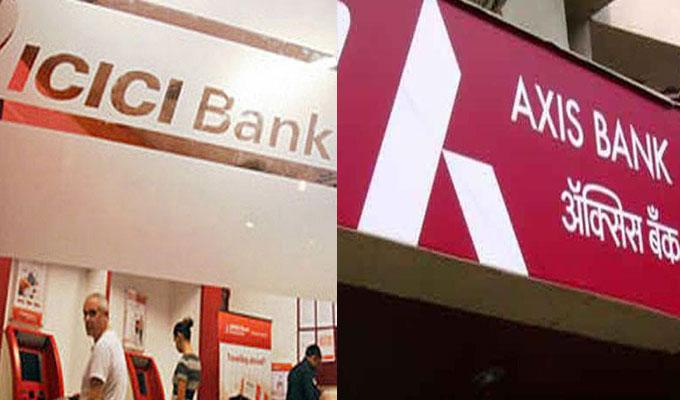 The Central Bank of Sri Lanka has permitted two Indian private banks Axis Bank and ICICI Bank to close down their operations in the country.

The Central Bank of Sri Lanka has said that it intends to take appropriate action against the banks that have not complied with the order to reduce the Average Weighted Prime Lending Rate (AWPR) for end 2019 in line with the Monetary Law Act.

License to get canceled

The Central Bank has not permitted the aforementioned Indian banks to perform banking operations and the banks cannot accept deposits from the public as well. According to the Central Bank of Sri Lanka, the licenses issued to them will be canceled once the winding-up process is over.

Issuing a statement, the Central Bank said while several licensed banks complied with the order and reduced the lending rates by 250 basis points, some others including the Axis Bank and ICICI Bank have not reduced their rates.

The Central Bank of Sri Lanka in its statement said, “The Monetary Law Act Order No. 02 of 2019 on “Enhancing Efficiency of the Transmission of Recent Policy Decisions to Rupee Denominated Market Lending Rates” required, inter alia, every licensed commercial bank (LCB) to reduce their weekly Average Weighted Prime Lending Rate (AWPR) by at least 250 basis points by 27 December 2019, compared to their AWPR published by the Central Bank of Sri Lanka as at 26 April 2019 in the Weekly Economic Indicators publication. This shall not apply to LCBs, whose AWPR reaches or falls below 9.50 percent per annum as at the date of this Order or anytime thereafter.”

“Nevertheless, it is also observed that People’s Bank, Commercial Bank of Ceylon PLC, Indian Overseas Bank, MCB Bank Ltd, Public Bank Berhad, Standard Chartered Bank, Amana Bank PLC, and Axis Bank Ltd have failed to comply with the Monetary Law Act Order No. 02 of 2019. The CBSL intends to take appropriate measures in relation to these banks, as well as those licensed banks that have not met with the other provisions of the Order, to ensure that the general public continues to benefit from an efficient transmission of recent policy decisions through the financial system,” the statement read.

Axis Bank made its debut in the Sri Lankan market in October 2011, while ICICI Bank entered the island nation in January 2006, with the approval of the Monetary Board of Central Bank of Sri Lanka (CBSL) under the Banking Act of 1988.