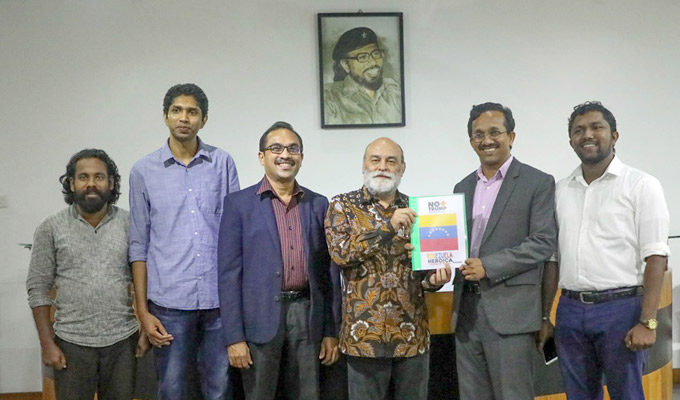 A discussion was held between the representatives of the JVP and Bolivarian Republic of Venezuela at the head office of the JVP yesterday (24th).
The National Organizer of the JVP Bimal Rathnayake, Member of the Political Bureau of the JVP, Parliamentarian Sunil Handunneththi, Rangana Devapriya – National Organizer for Socialist Youth Union (SYU) and Anjana Sampath Amarasinghe – Secretary, Foreign Affairs of the SYU represented the JVP while Venezuela was represented by its Deputy Minister for Foreign Relations Rubén Molina and Nestor Lopez, an official from the Embassy of Venezuela in India. 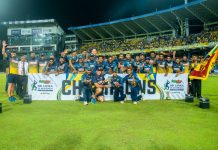