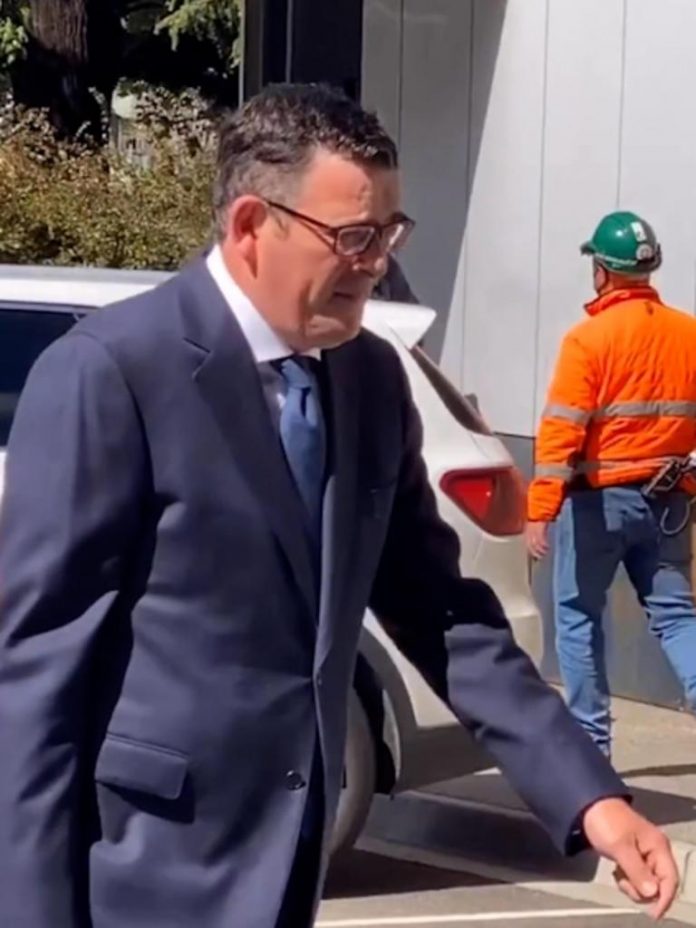 Victorian police have issued Premier Daniel Andrews with $400 worth of fines for breaching COVID-19 directions after being filmed without a mask before attending Parliament.

Mr Andrews had apologised for the incidents, which took place as he walked across the Parliament car park to speak to journalists on Wednesday and Thursday mornings.

“Premier Andrews received two fines today (8 October) for not wearing a mask, each to the value of $200.”

Footage taken of Mr Andrews arriving at Parliament on Thursday morning showed him walking without a mask from a car before he immediately started fielding questions from the media outside the building.

All Victorians over age 12 must wear a face mask when leaving their home and must wear them in both indoor and outdoor settings, unless they have an exemption.

Politicians and journalists are exempt from wearing masks while working to respond to questions at press conferences or communicate over broadcast mediums.

People who do not wear a face mask when required and do not have a lawful exemption can be fined $200.

“I am aware that as I approached two press conferences at the back of parliament house this week I removed my mask after leaving the car, before I walked to the back doors,” Mr Andrews said in a statement before the fines were issued.

“I expect Victoria Police to assess this and if they choose to issue a fine, of course I will pay it.

“If they do not issue a fine I will donate the same value to a charity working to support people in this pandemic because whilst this was an oversight, oversights matter — everyone needs to follow the rules and I am sorry it occurred.”

Earlier, Opposition Leader Matthew Guy said the Premier should be fined if he did not have a legitimate excuse for not wearing a mask.

“Under the Chief Health Officer’s rules, that is an offence,” he said.

“I hope the Premier, like every other Victorian who is caught without a mask, faces the full force of the law.

“If he’s walked some distance and he’s done it in front of the media, it’s probably a bit silly, but I will leave it to the police to determine as to whether or not he’s going to get a fine.”