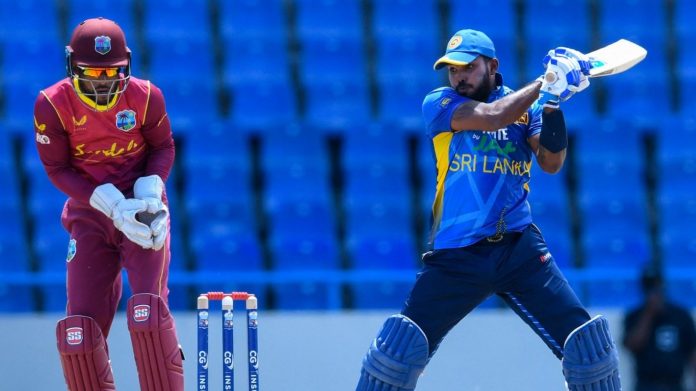 West Indies are still alive in the ICC Men’s T20 World Cup 2021 but know that it’s now or never if their title defence is to continue.

The defending World Cup champions take on Sri Lanka in Abu Dhabi on Thursday (4th ) knowing that it’s not just a win that’s required to keep them in the competition, but probably a massive win.

Losses to England and South Africa in the opening two games took qualification hopes out of their own hands. But it’s still not out of the question that Kieron Pollard’s side can reach the semi-finals.

To do so they must beat Sri Lanka on Thursday and then Australia on Saturday to stand a chance. But even then it could come down to net run rate, and the nature of the capitulation against England at the start of the tournament has left the Caribbean outfit with a lot of ground to make up.

A hammering of Sri Lanka would pull the West Indies back into contention, but it’s going to be no easy feat against a bowling attack that has impressed throughout the tournament.

Wanindu Hasaranga in particular will be eyeing more wickets if West Indies go after him. The leg-spin bowler is the top wicket-taker in the tournament so far with 14, including a hat-trick against South Africa.

Both teams are expected to be unchanged for the fixture in Sharjah. Sri Lanka’s combination of top-class spin and high pace has been an impressive feature of the tournament so far, while West Indies will hope that their astonishingly deep batting line-up can fire them to a huge total.

Sri Lanka cannot qualify for the semi-finals. For the West Indies, they must win their two remaining matches (this game and against Australia on Saturday) and hope that England beat South Africa in the final game of the group.

In that circumstance it will come down to NRR, and the West Indies currently have the worst in the group on -1.598. A hammering, most likely of Sri Lanka, is required.