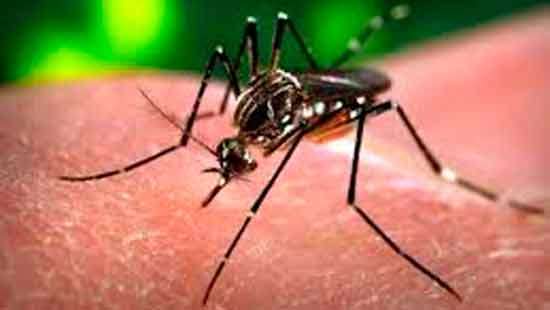 The pilot project to release Wolbachia-carrying mosquitoes to the environment was launched today in Nugegoda.

Addressing the gathering, National Dengue Control Unit (NDCU) Director Dr. Anura Jayasekera said the Wolbachia bacteria was injected into the bodies of Aedes aegypti mosquitoes and released to the environment.

Wolbachia, a naturally-occurring bacterium which can stop mosquitoes from transmitting an infection to humans, is a mean of curbing the spread of the Dengue virus.

Dr. Jayasekera said Wolbachia was found in up to 60% of insects but not usually in Aedes aegypti mosquitoes, the primary vector of Dengue.

“This is a preventive method because it does not require genetic modification, is not toxic and is self-sustaining, making it cost-effective as well,” he said.

Cases of Dengue infection have declined steeply in 13 countries including Australia, Brazil, Indonesia and Vietnam where lab-grown mosquitoes carrying Wolbachia were released.

Meanwhile, Dr. Jayasekera said they were hoping to launch similar programmes this year to reduce Dengue infection. “We have devised a strategic plan to address this issue considering the increasing trend of Dengue cases during the past 10 years,” he said.

According to the World Health Organisation, Dengue fever is now considered the most critical mosquito-borne viral disease in the world. It is also the most rapidly spreading, with a 30-fold increase in global incidence over the past 50 years.