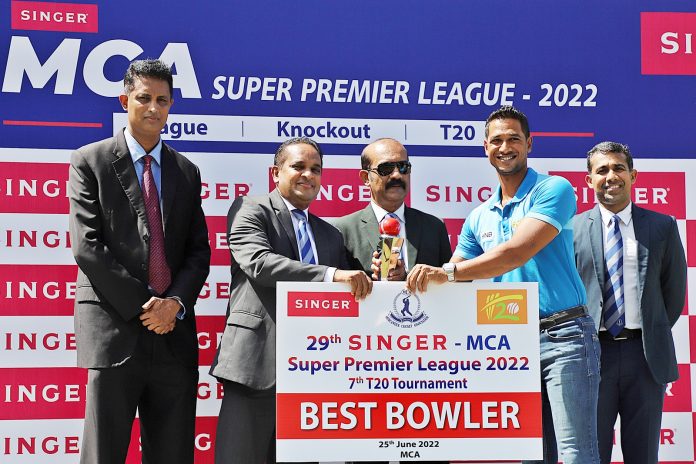 Jayatillake scored a belligerent 62 runs in 39 balls, hitting 07 mighty sixes in the process; he rescued John Keells, who were sent in & placed in a perilous position at 22 for 4 in 4.3 overs.

Jayatillake joined Kevin Bandara at this stage and tore the Mode Engineering bowling attack apart, as the pair put on 94 runs in 59 balls for the 05th wicket to propel the score to 116.

Pace man, Arul Pragasam was brought back in the 15th over and he immediately broke the partnership by getting Kevin Bandara out for a rock solid 42 runs in 33 balls inclusive of 02 sixes and 02 fours. After the departure of Jayatillake, the rest of John Keells batsman fell by the way side, all out for 156 in 19.5 overs.

Mode Engineering, too got off to a shaky start, losing 04 wickets for 31 runsin 6.3 overs.

Captain, Dushan Hemantha joined Sasindu Nanayakkara and took them to safety by putting on 70 runs in 32 balls, thus ticking  the score board to 101.

Dushan Hemantha’s quick fire innings was a treat to watch, 54  runs in 20 balls, inclusive of 07 towering sixes. Hemantha going for a big hit, fell to a good catch taken by Akila Dhananjaya in the deep off Malinda Shehan.

Skipper, Ishan Jayaratne bowled a brilliant penultimate over, giving away only 05 singles and getting the wicket of Ishitha Dew.

Batting hero, Sachitha Jayatillake bowledthe last over; Mode Engineering needing 12 runs to win ; he gave away only 04 runs in his first 04 deliveries ; Arul Pragasam on strike hit him for boundary in the 05th ball taking the total to 152,  04 runs to tie & 05 runs to win;  in the final delivery; Arul Pragasam swung again, but this time skiing the ball to Ahan Wickramasinghe  (152 for 09 in 20 overs)

Match Referee, Wendall La Brooy had no hesitation of picking Sachitha Jayatillake as his Man of the Match (62 runs & 03-25-02).

The other two special awards went to Madhawa Warnapura from HNB (03matches, 10 overs, 47 runs, 06 wickets) being the best bowler & Sameen Kandanarachchi from Sampath Bank (02 innings, 94 runs) being the Best Batsman.

Thus the tournament came to a close with all three segments completed ; the League won by CDB & the Knock-out won by HNB. 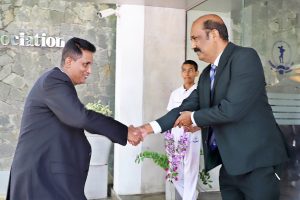 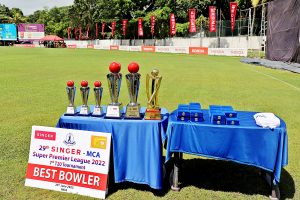 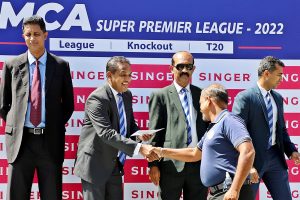 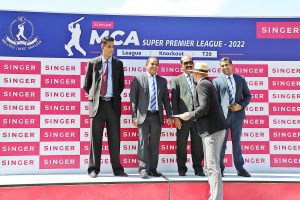