The ‘Ceylon Spice’ master brand was officially launched in Colombo on Wednesday (25), as Sri Lanka’s latest national branding attempt for the spice sector.

The brand was officially unveiled by Minister of Development Strategies and International Trade, in collaboration with the Sri Lanka Export Development Board (EDB).

Speaking at the event, Minister of Development Strategies and International Trade Malik Samarawickrama noted that branding of Spices is identified as priority action in the NES to achieve a set export target of US$ 880 million from the Spices and Concentrate sector by 2022.

“Branding of spices is a ‘priority action item’ in the NES to achieve a set export target of $ 880 million from the ‘Spices and Concentrates’ sector by 2022. Our brands and products coming from Sri Lanka must be known for a commitment to high quality, high ethical standards, and strong environment sustainability credentials. That will be our unique differentiator in an age where consumers are seeking authenticity, traceability, and quality.”

Speaking further minister revealed that the EDB is working with Cinnamon industry stakeholders to obtain Geographical Indication (GI) for Ceylon Cinnamon in the European Union.

“EDB has worked in coordination with UNIDO and relevant government and private sector stakeholders such as Department of Export Agriculture, The Spice Council and Spices & Allied Products Producers and Traders Association to meet the technical requirements to obtain GI in the European Union. We are hopeful of getting this soon. ”

Minister Samarawickrama further noted that “Exports of genuine Ceylon cinnamon have been bundle with imported cassia, the great pretender and these shipments have been rejected by the buyers. Similar issues have been met emerging pepper and cloves,” and added “We will not tolerate this. Anyone breaking the rules and causing reputational damage to Ceylon spices will be dealt with in the strongest term. We cannot let the greed of few risk the life dual of thousands.” 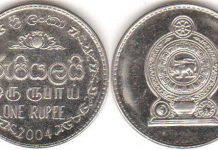 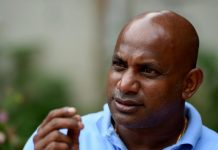