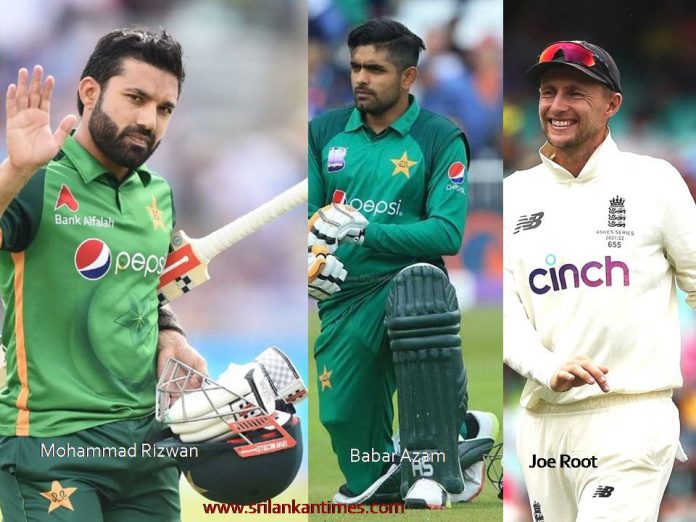 From an ICC Men’s T20 World Cup, to multi-format women’s series and a host of Test and limited overs action, 2021 has been a year of highlights and stunning individual efforts.

Ranging from the emergence of South Africa’s Janneman Malan, to the run-churning T20 exploits of Tammy Beaumont and the astute leadership of Zeeshan Maqsood, the international game has seen a number faces, new and old, stamp their mark on international cricket.

Here are the recipients of this year’s ICC Awards, celebrating the achievements of those at the pinnacle of the sport, with a number of awards to be announced over the course of the day.

Standing in the ICC Men’s T20 World Cup final between Australia and New Zealand, Marais Erasmus has led the way in his officiating, earning the respect of his peers and the international cricket fraternity.

The 2021 ICC Umpire of the Year Award sits alongside his successive Dave Shepherd Trophies, won in 2016 and 2017.

On top of the T20 World Cup final, Erasmus has overseen 20 international fixtures across the three formats in 2021.

Making his maiden T20I century in February against South Africa, Rizwan propelled his form into the T20 World Cup, making 79* from just 55 balls against India in their T20 World Cup opener, and finished as the third-highest run-scorer in the competition.

303 runs in nine matches at an average of 33.66 with three half-centuries.

Providing a bank of runs for her country, Beaumont was Player of the Series in an away series against New Zealand, and the highest run-scorer when the teams met on English soil later in the year.

715 runs in 17 international matches at 47.66 Average and 101.85 strike-rate, including two centuries and three fifties.

After sliding in and out of the team for the best part of two years, Janneman Malan finally cemented a spot in South Africa’s line-up, taking a liking to the fifty-over game especially.

The 25-year-old made 715 runs across the two formats, which included an unbeaten 177 against Ireland in Dublin, and a knock of 121 against Sri Lanka in Colombo.

20-year-old Pakistani pacer Fatima Sana impressed one and all with her all-round efforts in 2021. She became an integral part of Pakistan’s ODI and T20I side owing to her wicket-taking ability as a bowler, and ability to add handy runs down the order at the same time.

It was a memorable year for Maqsood, leading his nation at a T20 World Cup on home soil.

On top of that honour, Maqsood led with his play, picking up Player of the Match honours in their tournament win over Papua New Guinea with bowling figures of 4/20.

Maqsood’s Oman are also well-positioned in Cricket World Cup League 2, off the back of his work with both ball and bat.

Zepeda was in destructive form for Australia, particularly against rivals Belgium, making 50+ scores, including a century, in all three matches against them.

Babar Azam might have played only six ODis in 2021, but he made vital contributions in the two series that Pakistan played this year.

He was the second-highest run-scorer with 228 runs and was the Player of the Match in both of Pakistan’s wins in the 2-1 series victory against South Africa. The architect of Pakistan’s chase of 274 in the first ODI, Babar made a century and laid the foundation with an 82-ball 94 in the final ODI where the visitors posted 320 batting first.

Lizelle Lee was in a league of her own in ODIs this year, finishing as the highest run-scorer in 2021 in the format.

Lee’s year got off to a less-than-ideal start, getting out for a duck in the first ODI against Pakistan, but she came back strongly with two scores of 40+ and played a vital role in South Africa’s sweep.

The magnitude of Joe Root’s sublime form in the year 2021 can be summed up by one simple stat – he has become only the third player in history to aggregate over 1700 runs in Test cricket in a calendar year. Only Mohammad Yousuf and Sir Vivian Richards stand ahead of him.

Be it Asia or conditions back at home and against a range of bowling, Root has almost conquered all with some sublime innings. His knocks in Galle against Sri Lanka, and against India in both Chennai and Lord’s are some of the finest witnessed in the modern era, and will be spoken of highly for a long, long time. He hasn’t been shabby with the ball as well, chipping in with a handy 14 wickets.

855 runs in 22 internationals at an average of 38.86 with one century and five half-centuries.

Despite India enduring a difficult 2021, Smriti Mandhana’s stock continued to rise this year.

In the limited-overs series against South Africa where India won just two of the eight matches at home, Mandhana played a major role in both of the wins. She made 80 not out as India chased down 158 in the second ODI that helped them level the series and scored 48 not out in the win in the final T20I.

Mandhana played a sublime innings of 78 in the first innings of the one-off Test against England that ended in a draw. She played an important knock of 49 in India’s only win in the ODI series. Her 15-ball 29 and fifty in the T20I series went in vain though as India fell short in both the matches and lost the series 2-1.

Mandhana was in good touch in the series against Australia, starting with the ODI series where she scored 86 in the second ODI. She compiled a brilliant century in the only Test (the first of her career), and was awarded the Player of the Match. She scored her second T20I fifty of the year in the final T20I, though India fell short and lost the series 2-0.

The tall Pakistani quick was on fire throughout 2021, knocking some of the best batters over across all three formats of the game. He especially had a year to remember in Tests and T20Is, reaching his peak during the ICC Men’s T20 World Cup in UAE where he impressed one and all with his sheer speed and skills.

ICC Spirit of Cricket Award – To be announced

ICC Teams of the Year